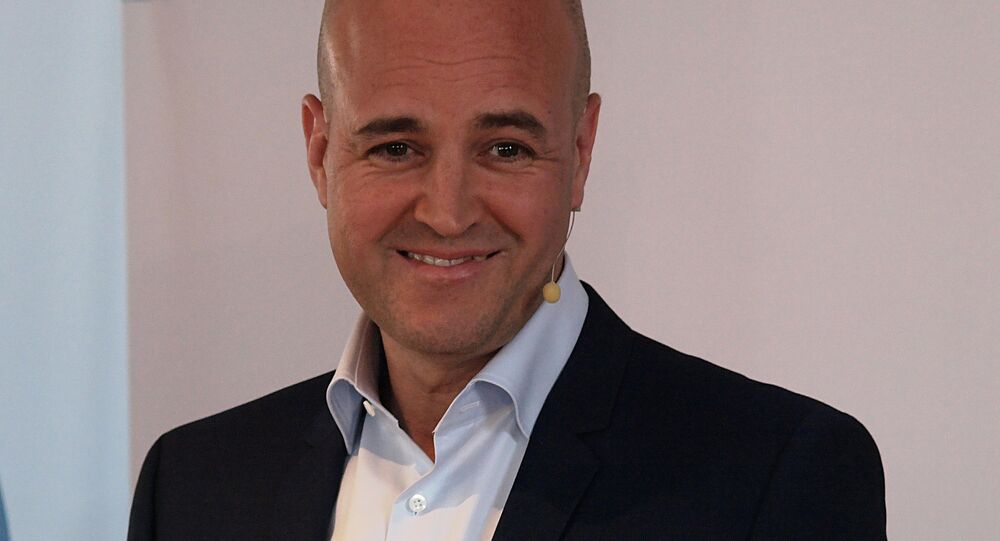 Former Swedish Prime Minister Fredrik Reinfeldt, who is best known for his "open your hearts" rhetoric and ambitions to make Sweden a "humanitarian superpower" has argued that immigration is among the best things that happened to the Nordic country.

Former Swedish Conservative party leader and Prime Minister Fredrik Reinfeldt (in office 2006-2014), whose legacy includes dramatically changing his party's stance to accommodate more newcomers, has once again praised the arrival of "new Swedes" from abroad, comparing immigration to having babies.

With Sweden recently being voted the world's best country for immigrants, its Migration Board has spent a mind-blowing SEK 59 billion ($7 billion) in 2016 alone, which is 10 times more than the nation's defense expenditure. When confronted by the Expressen tabloid daily whether it was reasonable to carry on with the same extravagance, Reinfeldt, who, by his own admission, usually abstains from commenting on today's political life, argued it was still a good long-term investment.

© AP Photo / News Agency TT, Maja Suslin
Never Enough? Insatiable Sweden Craves More Foreign-Born Politicians
Expanding on his comparison with family life, Reinfeldt said that having babies is indeed an expensive undertaking, given the cost of diapers and so on, yet maintained that immigration is profitable in the long run, as is having children.

"Those who are a little more broad-minded know that children grow up and become adults, they get jobs and contribute to the society. And one day it turns out that they are actually helping you. What's first seen as a waste of money becomes your life's best investment," Reinfeldt told Expressen.

​In late October, Reinfeldt was accused by former Conservative Migration Minister Tobias Billström of suppressing the debate within his own party on the reasonable extent of immigration to the Nordic country.

Since fertility rates among ethnic Swedish women fell well below the 2.1 average needed to maintain a constant population size, immigration to Sweden has grown exponentially. In 2015 alone, Sweden, a nation of 10 million, took in a record 163,000 migrants.

© AP Photo / David Keyton
'Politically Incorrect' Report on Rape-Prone Migrants Inflames Debate in Sweden
Although initially welcomed as a blessing for the Swedish labor market and hailed as a "rain of competence" by the elated Swedish media, the unprecedented influx proved to be a heavier burden for the Swedish economy.

In September 2017, the Swedish Trade Union Confederation (LO) indicated there were at least 200,000 jobless foreign-born residents in the Nordic country, a trebling compared with 2008. LO economist Torbjörn Hållö pointed out a disproportionate level of unemployment among the foreign-born residents, citing six out of 10 people registered with the placement service being of foreign descent. Hållö also tweeted a chart illustrating employment graphs illustrating unemployment among ethnic Swedes and the foreign-born population.

​Earlier this year, the aftermath of the migrant crisis was predicted to double Sweden's pension expenditures. Reinfeldt, an ardent proponent of raising the retirement age, reiterated his call to compatriots to work until 75 to avoid a marked drop in welfare standards.

"I have made a major switch myself, based on the circumstances I have. I believe it's quite possible for many others to do the same," Reinfeldt told Expressen. "Today, we see 70-year-olds who can physically compare with 50-year-olds of the past," Reinfeldt explained.

After stepping down as Sweden's prime minster, Reinfeldt formed his own business, Fredrik Reinfeldt AB, and was subsequently hired by Bank of America Merrill Lynch as a senior advisor.