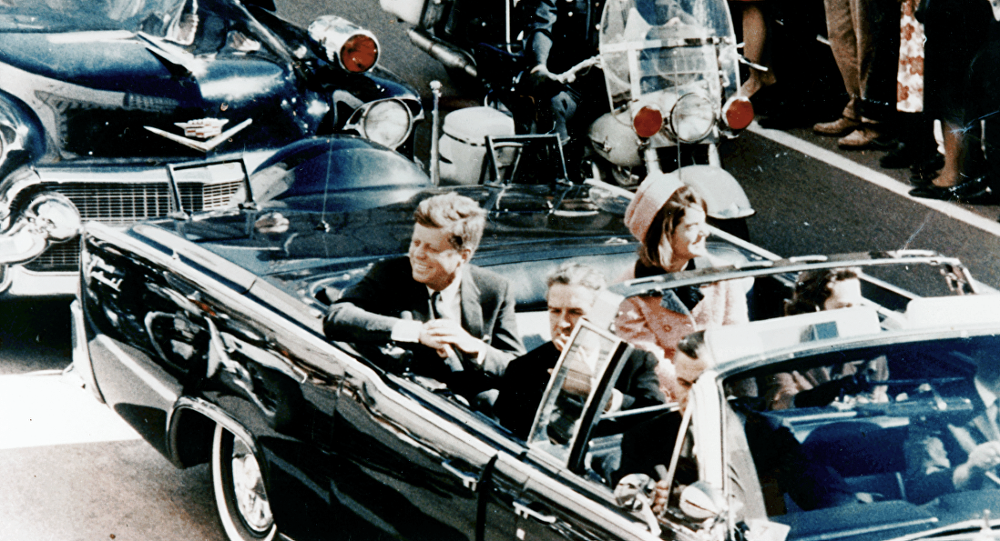 President Trump may block some of the classified documents relating to the Kennedy assassination from being released next week, according to administration officials. Social media users are pressing the president to release the files, saying that they 'may save Trump's life' and urging him not to become a 'deep state puppet'.

White House officials told Politico that among the 3,000+ secret assassination-related documents, which must be released later this month in accordance with a 1992 law, some documents from the 1990s may be kept classified. Officials did not comment on which specific details regarding John F. Kennedy's November 1963 assassination may be kept secret. White House spokeswoman Lindsay Walters said only that the administration is working "to ensure that the maximum amount of data can be released to the public."

© AP Photo /
Lost, Not Found: Raft of CIA Files on Lee Harvey Oswald Has 'Gone Missing'
The news has led concerned social media users from the US and around the world to ask what's behind the possible censorship.

Some users pushed the president to release the documents in their entirety, saying he is the only one that can do it, and that it's time for the world to know about the CIA's possible role in the presidential murder.

President Trump is the only person under the law who can block release of the Kennedy files. https://t.co/BsMbHGbQ6A

@realDonaldTrump Hey Mr Trump, please release the files on John Kennedy that the CIA hid for 30 years and wants to keep away from us.

@realDonaldTrump President Trump, since rogue elements of CIA killed President Kennedy, they don't want you to release files! Release them!

Delay for the release of Kennedy assassination docs for another 25-yrs?? Complain loudly. Americans need to know... https://t.co/zMbprnhvhX

Others complained that perhaps the US 'deep state' has gotten to Trump, and pointed to the fact that numerous agencies, especially the CIA have been fighting like mad to block the release of the files.

Did Trump cut a deal with the CIA & FBI to continue concealing documents about the John Kennedy assassination: https://t.co/exgNZSnCDH pic.twitter.com/hQWoSR1uTe

CIA Director Mike Pompeo is urging President Trump to delay the Kennedy Assassination documents another 25 years. Says a lot about the CIA..

Some users said that the president does not actually have the prerogative to release the files, and that it formally belongs to the Justice Department.

Trump does not have the ability to release the Kennedy files. That belongs to the Department of Justice.https://t.co/JSJ599xm5w

Finally, others openly warned Trump that he must release the files, or risk suffering the same fate as the late president.

Kennedy was a Nationalist just like Trump. And warned the FBI and CIA needed to be broke up due to corruption. Shortly after he was dead.

It’s about time Americans learned who killed President Kennedy! This info may save our current President’s life! https://t.co/8PNZeTwv0N

Trump better watch his back,CIA AND ELIETS took Kennedy out for trying to get rid of Washington criminals,he's next.

© AP Photo / Jim Altgens
Back and to the Left: Reveal of New Kennedy Assassination Details Cast Doubt on CIA Claims
The murky details behind the Kennedy assassination have inspired numerous conspiracy theories, the most popular of which suggests that the president was killed in a plot engineered by the CIA or other elements of the US government, the military, or the FBI. Fidel Castro, the mafia, Mossad, and other groups have also been named as potential conspirators at various points in time. The CIA story remains by far the most popular.

The JFK Assassination Records Collection Act of 1992, which stipulated the release of thousands of secret documents by October 26, 2017, was created and passed thanks in part to the conclusions reached by director Oliver Stone in his 1991 film JFK. The law aimed at putting conspiracy theories to rest through the disclosure of the documents. If the files' release is censored, conspiracy theories surrounding the assassination will be sure to live on.