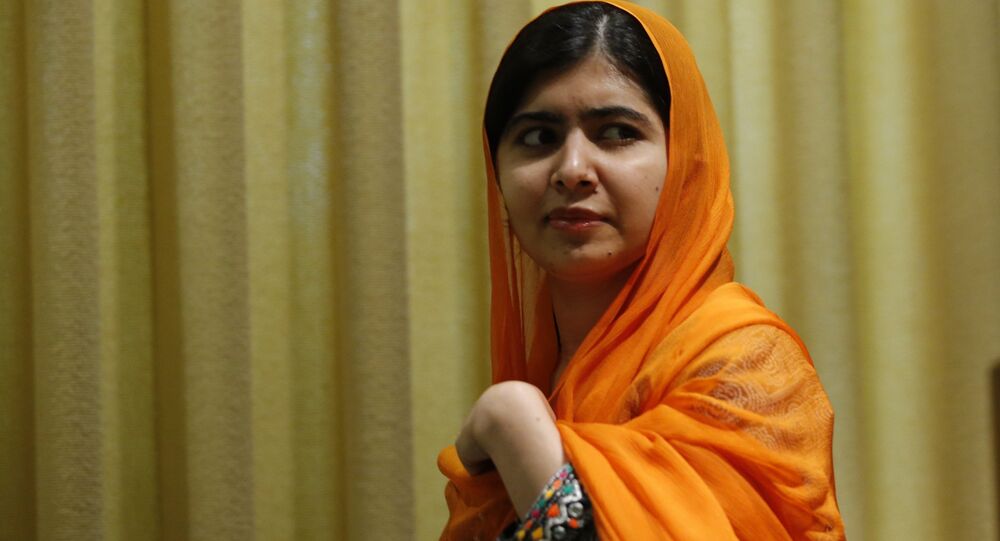 She may be the youngest person to be awarded the Nobel Peace Prize but it appears Malala Yousafzai is not immuned to online trolling over fashion choices.

The 20-year-old from Pakistan, who almost paid with her life at the hands of a Taliban gunman, has been now targeted by trolls back home over her western dress sense.

The vitriolic attack and hateful messages posted on social media followed an unverified photograph of her being published by the Pakistan media that showed her at Oxford, where she is now studying, while not being accompanied by her father.

The post shared on the Facebook page of Pakistani site Siasat.pk on Saturday, October 14 sparked a stream of critical comments from posters in her home country.

Despite wearing her dupatta on her head, the criticism has also provoked a wave of support for the young student with many describing her as the "real future of Pakistan."

The comments spilled over into Twitter when user Mehr Tarar posted the picture saying:

Finally, a picture of @Malala where she is just being a normal young woman 💞
It's quite remarkable how her head is always covered… pic.twitter.com/IIkTjaygxl

Another posted by Lunatic living questioned how long she would continue to wear the traditional dupatta headscarf, saying:

now jeans..shoes…soon that dupatta will be out

Support quickly followed, however, with one suggesting Pakistan culture needs to change, saying:

More people lost their minds over Malala wearing jeans than when she got shot. Our priorities demonstrate why we are our own worst enemy.

Malala came to global attention five years ago when she was shot in the head by a gunman in Swat Valley, in north-west Pakistan for arguing publicly that girls should be allowed to attend school.

The women's right activist was flown to Britain for hospital treatment before later finishing her studies in Birmingham before gaining a place at Oxford University where she started earlier this month.

Studying philosophy, politics and economics, the student tweeted a picture of her books on Monday, October 9, saying:

5 years ago, I was shot in an attempt to stop me from speaking out for girls' education. Today, I attend my first lectures at Oxford. pic.twitter.com/sXGnpU1KWQ

Her story has seen Malala become a leading advocate for the rights of women, having even addressed the United Nations on the issue of children's right to education, something she remains passionate about. This led to her becoming the youngest person to be awarded the Nobel Peace Prize in 2014.