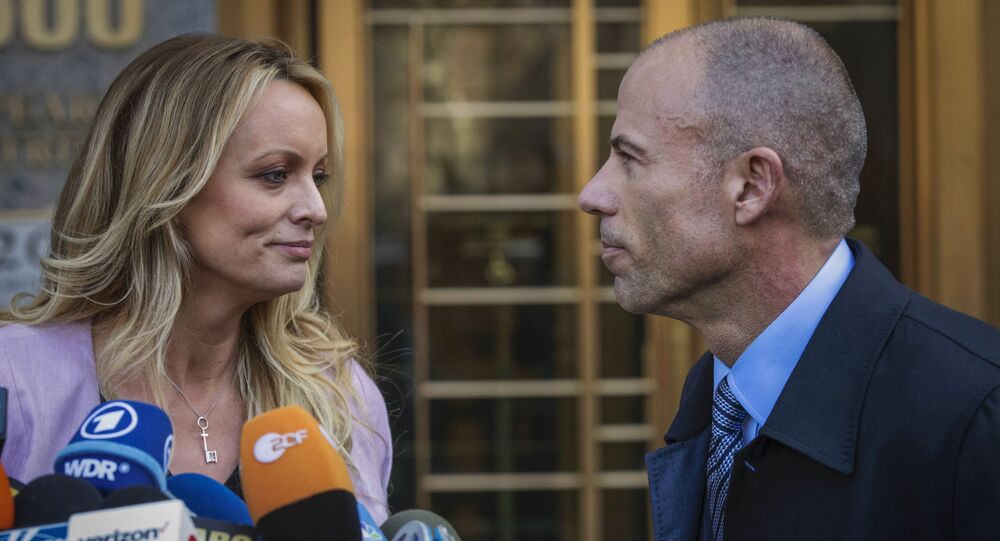 On Thursday, Former adult entertainer Stormy Daniels hopes her ex-lawyer Michael Avenatti has “found a reckoning" after a court decided that he should stay in jail for the next two and half years.

Daniels, who claims that Avenatti stole some $300,000 from her following her memoire book deal, said it took her a long time to realise she was “his victim” too.

"He was a man you wanted to trust and believe in, but the longer I knew him I began witnessing his lies and dishonesty until I realised I too became his victim," Daniels said in a statement on Thursday.

"I am sure today he found a reckoning. Let’s hope that that leads to [an] honest realisation that he must change his life."

Avenatti represented Daniels during her high-profile suit against former US President Donald Trump in 2018. She said she got really intimate with Trump back in 2006, when his wife Melania had just given birth to their son Barron. The former stripper claims that Trump’s personal lawyer Michael Cohen tried to silence her on the matter in 2016, effectively paying her $130,000 in hush money as the real estate mogul was running for president.

The scandal eventually ended up in court with Cohen admitting that he made the payment, while Trump denies the affair all together.

© AP Photo / Mark Lennihan
In this Dec. 17, 2019, file photo, attorney Michael Avenatti arrives at federal court in New York. A judge has set an April 2021 date for Avenatti to face trial on charges that he cheated ex-client Stormy Daniels out of proceeds from her book, "Full Disclosure." Avenatti, who wrote the forward for the book, has pleaded not guilty

The case helped Avenatti rise to fame over the next few years and the lawyer even hinted that he was considering running for president before the last race. However, his hopes were crushed in 2019, when California and New York prosecutors charged him with fraud over a scheme to extract some $25 million from Nike.

A few months later, he was also charged for “blatantly” lying to Daniels and stealing $130,000 from her in attempt “to maintain his extravagant lifestyle."

The trial on the case is set to take place in January 2022, as the lawyer pleaded not guilty to the charges, saying that he had never "misappropriated or mishandled" any of Daniels’ money.

Avenatti responded: "I and I alone have destroyed my career, my relationships, and my life.”