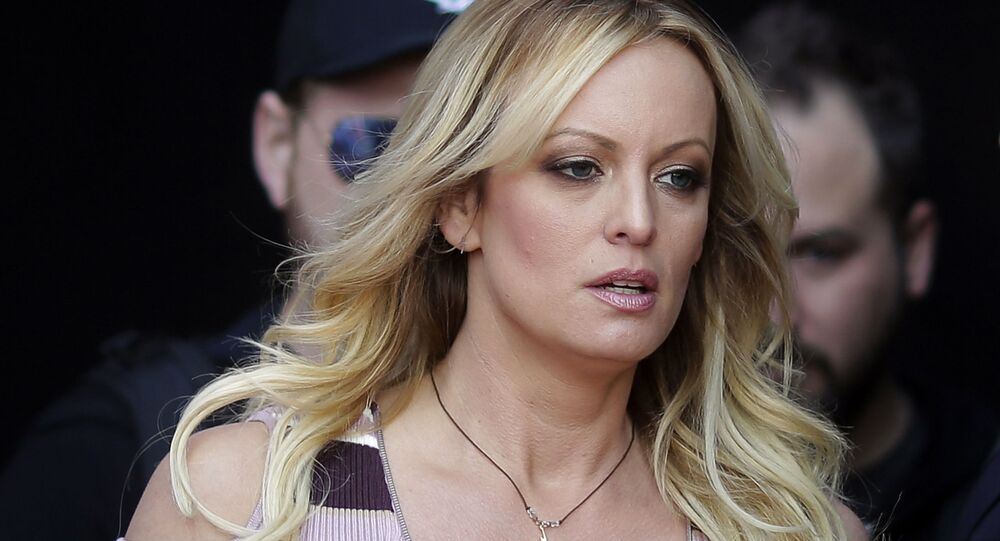 It was reported earlier this week that Jeff McConney, senior vice president and controller of the Trump Organization, testified before a special grand jury amid the Manhattan District Attorney's investigation into possible criminal charges against the company, related executives, or even former US President Donald Trump himself.

Stormy Daniels - real name Tiffany Clifford - revealed on Monday that she is willing to cooperate with an ongoing probe by the office of Manhattan District Attorney Cyrus Roberts Jr.

"I would tell them that I have evidence that the money came from an account set up by Donald Trump or at the direction of Donald Trump," she added.

Stormy Daniels says her attorney has been in contact with New York investigators as part of their investigation into former President Trump and his company.https://t.co/HPA0VU5VQp pic.twitter.com/bQ0uhQ7q8Y

Daniels, an adult film star, notoriously received a $130,000 payment from Trump's former longtime lawyer, Michael Cohen, in an alleged hush deal prior to the 2016 US presidential election.

Daniels has maintained that she had a one-night stand with Trump.

"I’ve been very forthcoming since the beginning of all this that I would love nothing more than my day in court and to give a deposition and to provide whatever evidence that they need from me," she said.

"You know, I have all the original forms and e-mails and wire transcripts and all of that stuff, and I’m happy to turn it over to the — anybody who needs it, honestly."

The probe is said to be investigating the Trump Organization, and its executives, in both a "civil capacity," as well as a "criminal capacity."

Prosecutors, in part, are seeking answers regarding whether the Trump Organization artificially inflated the value of its properties to both lenders and insurers.

The probe will also focus on whether the company offered its employees benefits, rather than higher salaries, in an attempt to dodge taxes.

Trump previously responded to reports of the grand jury's seating, dubbing the ongoing proceedings as "a continuation of the greatest Witch Hunt in American history."

"This is purely political, and an affront to the almost 75 million voters who supported me in the Presidential Election, and it’s being driven by highly partisan Democrat prosecutors," Trump remarked late last month.

Trump Ordered to Reimburse $44,100 in Legal Expenses to Stormy Daniels Despite Out-of-Court Deal