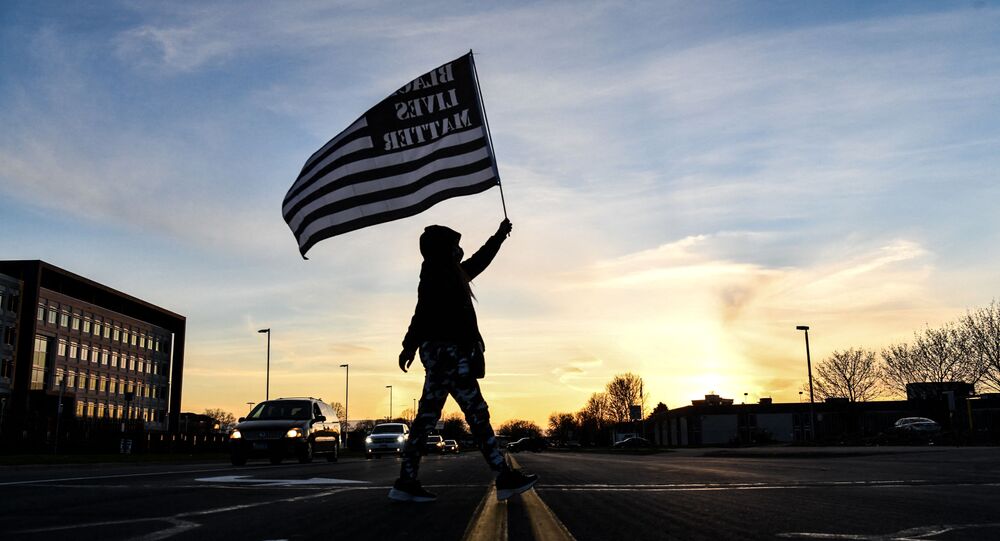 The National Education Association (NEA), the largest teachers union in the US representing 3 million public school employees in all 50 states, has thrown its weight behind critical race theory (CRT) pledging to hire staff to "fight back" against those who oppose these ideas and practices.

The NEA's newly adopted resolution argues that it is "reasonable and appropriate" to include CRT in K-12 curriculum and vows to provide a study that critiques empire, white supremacy, anti-Blackness, anti-Indigeneity, racism, patriarchy, capitalism, anthropocentrism, and "other forms of power and oppression". The move came as about 26 American states have either introduced bills or taken steps to ban critical race theory from their schools.

"Critical race theory as a standalone theory, for me, is a form of pseudoscience", says Dr Paul C. Mocombe, professor of philosophy and sociology and president of the Mocombeian Foundation, Inc. "That is to say, its insistence, coming out of critical legal studies, on highlighting the institutional forms of racism for a radical liberalism that integrates the black American into the fabric of the American social structure is a black bourgeois political project that negates scientific objectivity".

CRT originated in the 1960s and 1970s and is based on the premise that race is not a natural and biologically grounded feature but a socially constructed category used to oppress and exploit people of colour. According to CRT, US laws and legal institutions are "inherently racist" and function to create and maintain social, economic, and political inequalities between whites and non-whites, most notably African Americans.

"On balance, no, I don't think CRT or what we're calling CRT 'should' be taught in schools", says Christopher J. Ferguson, an American psychologist who serves as a professor and co-chair of psychology at Stetson University in Florida. "At the same time, I'm not sure 'bannings' are the right way to fix the issue. This is all very ideological and people are not talking to each other very effectively".

© AP Photo / Jose Luis Magana
The bronze sculpture representing the Goddess of Masonry on the base of the statue of a Confederate general, Albert Pike, is seen with red paint, after protestors toppled Pike statue's and set on fire early Saturday, June 20, 2020, in Washington. It comes on Juneteenth, the day marking the end of slavery in the United States, amid continuing anti-racism demonstrations following the death of George Floyd in Minneapolis

'CRT is Too Focused on Race & Misinforms Youth'

There are two main issues with CRT, according to Ferguson. The first is that in many respects this theory is not backed by empirical data or uses fallacious arguments.

For instance, the ongoing 1619 Project – part of the CRT agenda – which was launched in August 2019 by The New York Times Magazine to commemorate the 400th anniversary of the beginning of American slavery has been widely criticised for historical inaccuracies, Ferguson notes. According to him, "there are legitimate concerns that CRT would be taught in such a way as to misinform rather than inform youth".

"In August of 1619, a ship appeared on this horizon, near Point Comfort, a coastal port in the English colony of Virginia", the 1619 Project's website reads. "It carried more than 20 enslaved Africans, who were sold to the colonists. No aspect of the country that would be formed here has been untouched by the years of slavery that followed".

Yet, conservative scholars argue that there was no United States of America before 4 July 1776 but "thirteen British colonies in North America, some two-and-a-half million subjects of a distant king". According to them, it was the Declaration of Independence and its humanistic principles adopted by the Second Continental Congress in Philadelphia, Pennsylvania, on 4 July 1776, that paved the way to the abolition of slavery in 1865.

The second issue with CRT is that many of the practices associated with CRT are too focused on race and other identity issues, Ferguson highlights, explaining that CRT is encouraging people to define their identity by race, shaming white children – as well as Asians, Jews, and any people of colour who oppose the theory as "multiracial whiteness" – asking children to rank themselves according to privilege, implying minority children are doomed not to succeed, and mimicking segregation with "racial affinity groups".

"There are good psychological reasons that such a catastrophising will have negative impacts on kids", the psychologist underscores. "We need more data on how prevalent these practices are and what their impact is, but we certainly shouldn't be implementing them without this data".

What is worse is that CRT has become a doctrine resembling nothing more than "QAnon for the left", according to him: "It's more akin to quasi-religious revivalism than it is to any science or historically based theory or, for that matter, the civil rights movement of the 1960s", the psychologist believes.

Former President Donald Trump has repeatedly lambasted CRT as a "malign ideology". In September 2020, he banned the federal government and its contractors from instructing their employees to follow CRT tenets. In addition, the ex-president established the Advisory 1776 Commission in order to "enable a rising generation to understand the history and principles of the founding of the United States in 1776 and to strive to form a more perfect Union".

Nevertheless, once Joe Biden assumed office on 20 January 2021, he dissolved the 1776 Commission and rescinded Trump's executive order restricting CRT training. The Biden administration opened the door to CRT specifically lauding the 1619 Project as an example of content to be included in the K-12 curriculum.

Republican lawmakers and state authorities fought back. As of 29 June, 26 states have moved to prohibit teaching critical race theory or limit how teachers can discuss the issue, with nine states having already enacted the bans either through legislation or other avenues, according to an Education Week analysis.

In May 2021, a new conservative PAC, called the "1776 Project" called upon supporters to help "overturn any teaching of the 1619 project or critical race theory", and "bring back patriotism and pride" in American history.

"States do have pretty wide latitude to implement pedagogy", says Christopher J. Ferguson. "Some bannings may not survive the First Amendment Challenge, though I suspect much of that could be fixed with more careful language. Those that target universities certainly violate academic freedom, however. In a more rational world, I think the ideal would be for states to set very clear, open, transparent guidelines for what is included in pedagogy".

© AP Photo / BRENDAN MCDERMID
A demonstrator holds up a "Black Lives Matter" sign during a protest over the death of a Black man, Daniel Prude, after police put a spit hood over his head during an arrest on March 23, in Rochester, New York, U.S. September 6, 2020

The NEA has an annual budget of $350 million and a wide network of local entities making it one of the most influential unions in the country. This has prompted concerns among conservative observers, with Christopher Rufo of the Manhattan Institute raising the alarm on Twitter that the NEA "[has] declared war on parents who oppose critical race theory" and is seeking to implement the "divisive" ideology nationwide.

According to a recent YouGov survey, a majority of Americans (58 percent) hold a negative view of critical race theory, including 72 percent of independents who believe teaching it in schools is "bad for America". Only 38 percent of US respondents said they viewed CRT favourably.

Public schools are teaching kindergarteners that "whiteness" is the devil and lures children with the promise of "stolen land, stolen riches, [and] special favors."

David French believes that state legislation banning this abuse is "un-American" and a "threat" to democracy. pic.twitter.com/B17FZESVqC

​The National Education Association has since called for joining Black Lives Matter (BLM) on 14 October 2021 to commemorate the 48th birthday of George Floyd, an African American who died in police custody in May 2020. The latter's death prompted a series nationwide protests in the US which claimed the lives of at least 25 Americans. On 15 October, the NEA plans to hold another "day of action" to commemorate Floyd, Breonna Taylor, Philando Castile, Tamir Rice, and other African Americans murdered by law enforcemet.