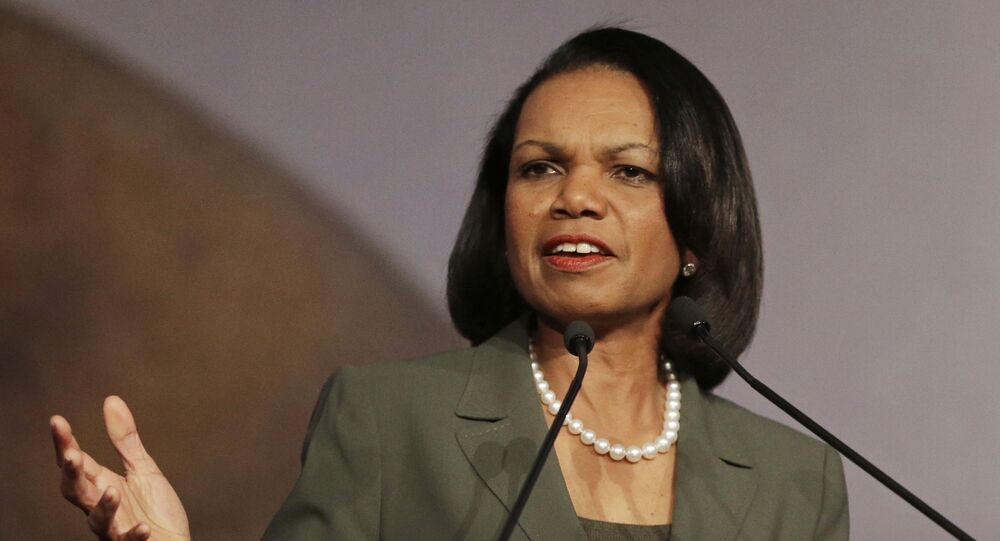 A highly-anticipated World Health Organisation (WHO) report on the origins of the COVID pandemic earlier concluded that it was "extremely unlikely" that the virus escaped a laboratory in the Chinese city of Wuhan – a scenario peddled by many.

US Former Secretary of State Condoleezza Rice believes that the hypothesis suggesting the coronavirus could have originated from Wuhan’s Institute of Virology was rejected by the world too quickly.

Appearing on CBS’ “Face the Nation,” the prominent Republican who now heads the Hoover Institution said it was a “mistake” by US officials not to raise the issue “enough” with WHO at the start of the pandemic.

"There was too much of a tendency early on to dismiss this possibility of a laboratory leak, and I think there was a lot, and I think the press bears some responsibility for this," Rice said in the interview. "'Well, it had to be animal-to-human transmission. These were conspiracy theories about a laboratory leak. And in fact, some of the evidence was right in front of our faces."

© REUTERS / THOMAS PETER
Scientists Claim COVID-19 Was Man-Made in Lab and 'Retro-Engineered' to Hide Origin
The George W. Bush-era official also hailed “incredibly appropriate” measures by former President Donald Trump, who in January 2020 moved to restrict travel from China – the first country to be heavily hit by the COVID crisis. Trump faced a major backlash for his decision that many dubbed xenophobic and racist.

The former US president also long suggested that the virus may have originated from the Wuhan lab, while calling on China to "pay the price" for many deaths worldwide.

“When we knew that there were patients back in November that had suspicious symptoms, maybe that was a time to start asking tough questions,” she said, in reference to The Wall Street Journal’s earlier report on the issue.

She also urged the Biden administration to get “a little bit more aggressive with the Chinese” in search for answers.

Despite conclusions from WHO that it was “extremely unlikely” that the COVID pandemic started in the lab, Biden has now ordered intelligence officials to “redouble” the probe into the virus’ possible origins and whether the Wuhan Institute of Virology, that's studying different types of SARS, has anything to do with the crisis.