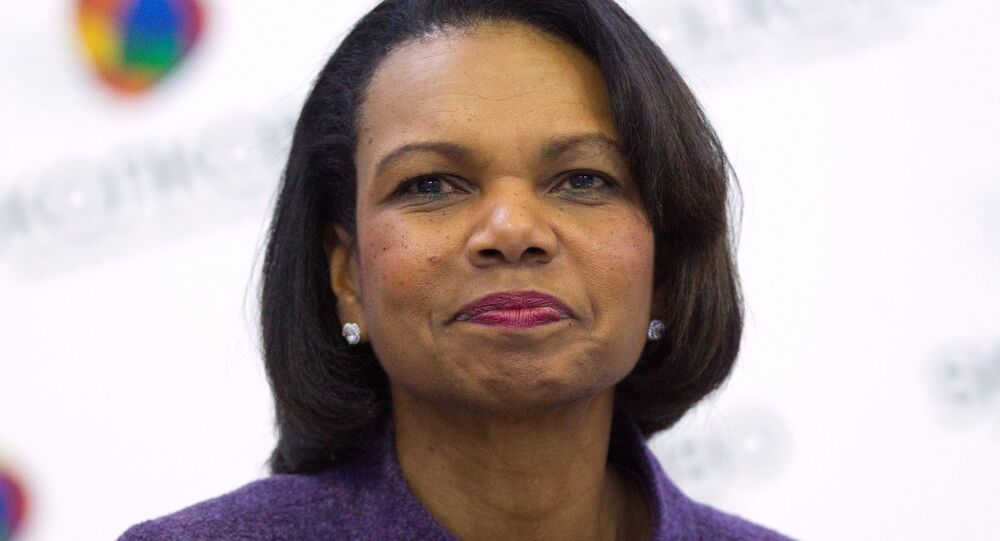 Condoleezza Rice, who first served as the national security adviser to President George W. Bush before becoming secretary of state, like her former boss, the 43rd US president, has publicly acknowledged she didn’t vote for ex-president Donald Trump the first time around, and had previously been critical of him.

Former Secretary of State Condoleezza Rice has offered insight into how former President Donald Trump succeeded in securing the role of POTUS without any previous experience in public office.

Rice gave credit to Trump for his ability to directly engage with people who felt “left out by globalisation” and “diminished by elites”.

The former George W. Bush administration US National Security Advisor (2001 – 2005), who has since taken on the position of professor at Stanford University, offered her analysis of the previous administration on “The Carlos Watson Show”.

“What really struck me, and maybe because I’m a political scientist, is the conditions that produced a populist leader who had never been in government before, (that) was something I think that a lot of us had not paid much attention to, frankly,” she said.

According to Rice, she had met Trump a couple of times, but “never in the context of politics” ahead of his first presidential run, and recalled thinking at the time, “Well, this is going to be an interesting experiment”.

To the surprise of the host, the current Director at Stanford’s Hoover Institution, who had never endorsed any of Trump’s campaigns, applauded what she perceived as the 45th president’s “extraordinary abilities”.

Acknowledging that she had told people she didn’t vote for Trump the first time around, Rice went on:

“He touched the nerve of people who felt left out by globalisation, who felt diminished by elites. He touched the hearts of people by saying, ‘You know, you contribute too, and they’ve forgotten you. They look down on you.’ And that’s something that we need to still pay attention to. So as a political scientist I was more interested in what produced this in our society.”

© AP Photo / Mary Altaffer
Donald Trump is joined by his daughter Ivanka, left, and wife Melania as he speaks during a news conference at the Trump National Golf Club Westchester, Tuesday, June 7, 2016, in Briarcliff Manor, NY.

Touching upon the political legacy of the former Republican president, Rice again struck a positive note:

“Some of the Trump policy was better than it sounded. There was an extraordinary ability to get people back to work who had not been working for years, if you look at historic low unemployment rates before the pandemic. So, we shouldn’t just kind of try to toss this out because he was an unusual personality.”

In a preemptive shot at those who might choose to criticise her for her current assessment of Donald Trump, Rice added:

Back in 2016 Condoleezza Rice had added her name to a list of Republicans calling for Donald Trump to drop out of the presidential race, posting on her official Facebook page that the billionaire should drop his campaign, hoping to “support someone who has the dignity and stature to run for the highest office in the greatest democracy on Earth”.

The former secretary of state’s comments came amid the Trump campaign crisis, which began when The Washington Post published a 2005 clip of Trump speaking into a hot mic before an interview with Access Hollywood and making lewd comments about women and how he would hit on them.

“Twitter and tweeting are not great ways for complex thoughts, for complex messages. When the president speaks, it needs to be from a place of thoughtfulness, from a place of having really honed the message so that it reaches all Americans,” said Rice on CBS’s “Face the Nation” in June 2020.