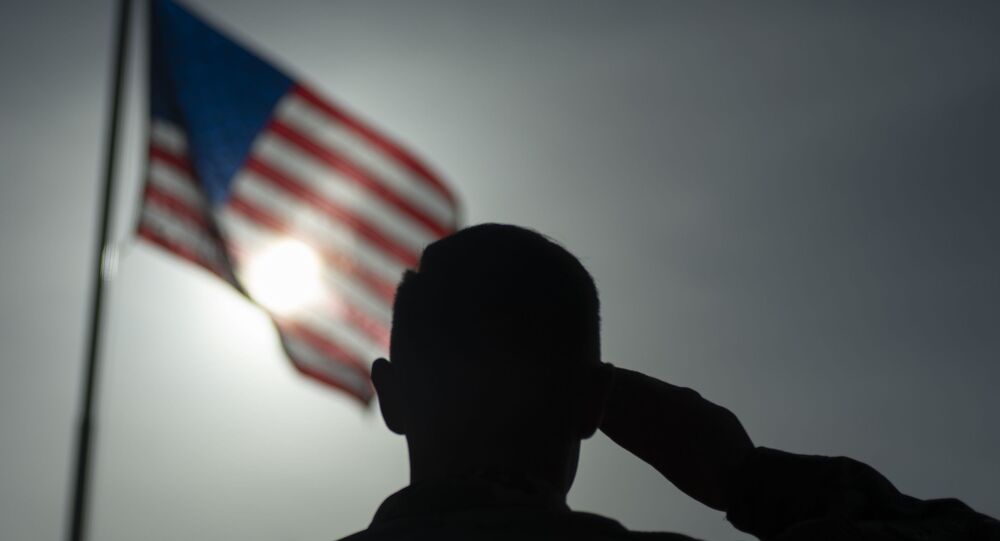 ‘Our Country is Being Destroyed’: Trump Blasts Biden Admin as ‘Disaster’ Bound to ‘Get Worse'

Donald Trump was kicked off major social media services in the wake of the 6 January Capitol riots, after he was blamed for inciting violence which left four protesters and one police officer dead. The ex-POTUS has since been resorting to his new "communications" website to weigh in on President Biden’s handling of the southern border crisis.

Former President Donald Trump has pilloried the administration of his successor Joe Biden as a “disaster” in his latest blog post.

Trump's comments about Joe Biden came as part of an announcement signalling an update to his social media platform. The ex-POTUS aimed a barrage of criticism at Biden while making an announcement pertaining to an update of his communication platform, “From the Desk of Donald J. Trump”.

“I have been doing very limited media so the American public could see just how big of a disaster the Biden Administration has been, and I was right. Inflation, the Border Crisis, our forgotten Military, war in the Middle East, all as a result of Biden’s mistakes,” wrote Trump.

Since taking office, Biden has reversed several tough Trump-era immigration policies that have resulted in a tremendous migrant surge, drawing a torrent of criticism from Republicans.

His handling of the situation on the US southern border, which the White House repeatedly called a "vital human challenge" has been denounced by critics as generating a "migration crisis".

As he lambasted the policy decisions taken by the Democratic President since taking office on 20 January 2021, he wrote:

“Our Country is being destroyed. Watch, it’s only going to get worse!”

Trump also wielded some statistics to prove his point that Biden was “of no interest to anybody”.

© AFP 2021 / MELINA MARA
US President Joe Biden addresses a joint session of Congress at the US Capitol in Washington, DC, on April 28, 2021.

According to the 45th POTUS, statistics from Joe Biden’s Joint Address to Congress last month showed that “21 million less people” watched it, as compared to the audience that Trump’s own speech gathered four years earlier.

We have not yet launched our own social media “platform,” but even the very basic site we have to post our statements has received 36.7 million views over the past month alone, and we’re getting more traffic to our website now than in 2020, an Election year!

As for his own popularity and whether the GOP want him to run for office again in 2024, Trump cited pollster, John McLaughlin, as claiming “73 percent of all Republicans want Trump to run again in 2024 and Republican primary voters would support him 82 percent-13 percent.”

Donald Trump has so far failed to offer any explicit plans regarding a run for the White House in 2024, but has teased the possibility on several occasions.

Trump also refuted an earlier Washington Post report that claimed his statements via the new communication platform were shared on average fewer than 2000 times each.

As he teased plans for a new social media platform, “It will happen soon. Stay tuned!', he said his current blog posts had attracted 36.7 million views over the past month.

Trump has been posting statements on his communication platform as a substitute for social media after being permanently banned from Twitter, where he had 88 million followers, and Facebook earlier this year in the wake of the Capitol riots earlier in the year following his 2020 election loss.

On 6 January, the “Stop the Steal” rally in Washington in Trump’s support had morphed into a riot that left several people dead and even more injured. Protesters had breached the Capitol building, disrupting a joint session of Congress that was counting electoral votes to formalize Joe Biden’s victory.

Trump, who had repeatedly claimed the presidential election had been “stolen” from him, and “rigged”, was accused of “inciting an insurrection”, and impeached by the US House of Representatives. He was later acquitted by the US Senate.

The former US president, who had urged supporters to oppose Joe Biden's nomination “peacefully” during the rally, denied any wrongdoing.

Donald Trump launched his new communications platform named "From the Desk of Donald J. Trump", in early May, to publish content "straight from the desk".