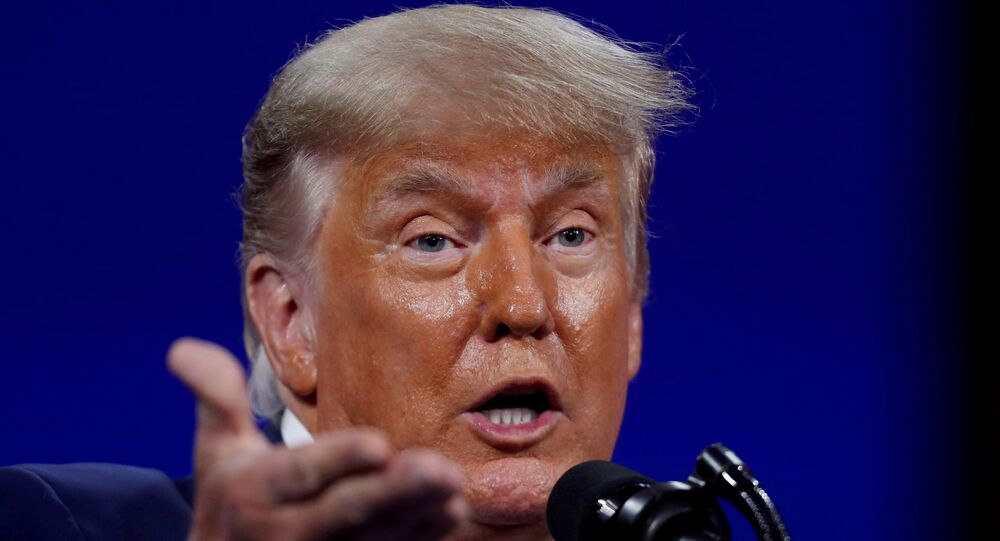 WASHINGTON (Sputnik) - Steven Galanis, the CEO of Cameo, a web service which allows to buy personalized videos from celebrities, said in a broadcast that he would allow former US President Donald Trump to use his platform, after most major social media platforms blocked Trump's accounts following his statements about the riots in Washington.

"Trump has done nothing on our platform to violate our terms of service," Galanis says in an interview with Axios on HBO, aired on Sunday.

Cameo is a platform where users can get personalized videos from celebrities for a fee. It calls itself "the leading marketplace connecting fans directly with tens of thousands of pop culture personalities in the form of customized video messages, live video calls and direct messages." Though Cameo is not a specifically political service, its CEO does not see the reason why Trump should not be allowed on it.

As Galanis stressed, the ex-president was not even registered on the platform at the time of his ill-fated social media posts. However, he also stressed that he does not want Cameo to become a place for political debate as it is primarily "a place for laughs ... a place for fun."

At the same time, Cameo already has some experience with the US politics. According to Axios, last year the platform enabled fundraising for political candidates for the first time in its four-year history.

"It took us two and a half years to get the compliance set up to actually do this the right way. I don't think that it's gonna be a priority for us to do political fundraising abroad," he noted.

As of now, there are no active political candidates on the platform, Cameo CEO added. He also said that the company's rules differ form that of YouTube, Instagram and Twitter.