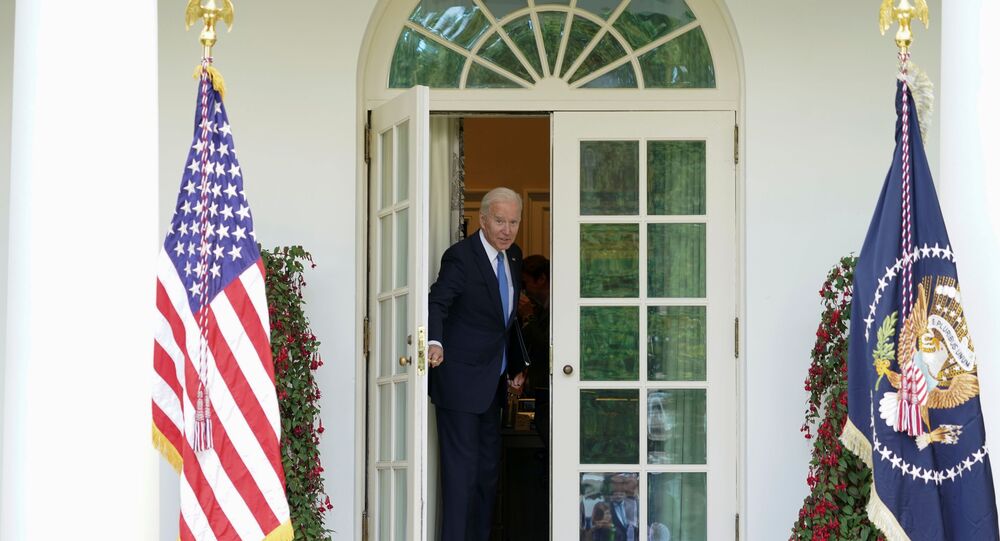 Last month, US President Joe Biden called on Senate Republicans to back the Democrats' 'George Floyd Justice in Policing Act' by May 25. The proposed police reform legislation, which has already been passed in the US House of Representatives, calls for increased accountability, and restrictions for US law enforcement personnel.

A White House official confirmed to reporters on Monday that Biden will host the family of George Floyd - a 46-year-old Minneapolis man whose death, at the hands of Minneapolis officers, triggered nationwide demonstrations against police brutality, and protests for police reform.

"On Tuesday, he will mark the anniversary of the death of George Floyd. We'll have more details on what the plans are for that day soon," White House Press Secretary Jen Psaki previously detailed on Friday.

As the White House prepares to host Floyd's family, the US president's deadline is approaching for the US Senate to pass a police reform bill with the late Minneapolis man's namesake.

"My fellow Americans, we have to come together to rebuild trust between law enforcement and the people they serve, to root out systemic racism in our criminal justice system, and to enact police reform in George Floyd’s name that passed the House already," Biden told members of Congress during his April 29 joint session.

"We need to work together to find a consensus," he said of the Republicans and Democrats. "But let’s get it done next month, by the first anniversary of George Floyd’s death."

At least 10 Republican senators would have to back the bill. GOP lawmakers have raised concerns of the proposed legislation regarding qualified immunity -- a policy that makes it difficult for an individual to sue a law enforcement officer.

The US president's comments came days after a jury found ex-Minneapolis Police Officer Derek Chauvin guilty of all three charges related to the May 25, 2020, murder of Floyd.

US Not Ready to Announce Date, Location of Biden-Putin Summit, Psaki Says