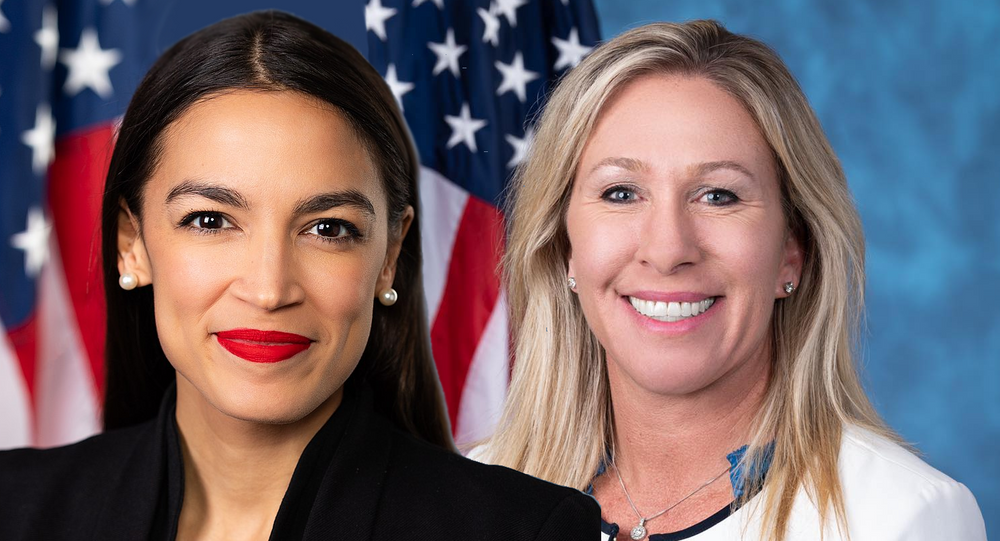 House Speaker Nancy Pelosi (D-CA) briefly commented on the reported matter during her Thursday news conference, referring to Greene's remarks as a "verbal assault" and "abuse."

"It's so beyond the pale of anything that is keeping with bringing honor to the House, or not bringing dishonor to the house," Pelosi said. "It probably is a matter for the [US House of Representatives] Ethics Committee."

Two Washington Post reporters who allegedly witnessed the Wednesday incident recounted that Greene approached Ocasio-Cortez as they were exiting the House Chamber.

Moments later, Greene began to question her colleague on why she chose to support "terrorist" groups such as Black Lives Matter and US anti-fascist movement Antifa, the Post's sources claim.

It's worth noting neither Black Lives Matter, nor Antifa, has been designated as a terror organization in the US. However, Republican lawmakers in the US Congress have proposed such designations be applied to Antifa.

Greene issued a swift response to Pelosi's comments, arguing that the House Speaker should instead call for the Ethics Committee to "look into" Ocasio-Cortez "for putting Trump admin staff and supporters on lists to destroy their lives and prevent future employment."

"She threatened the livelihoods of Americans for simply being Republicans," she said, adding "there was no screaming" during their recent encounter.

Greene has repeatedly claimed Ocasio-Cortez is too "chicken" to debate her on the Green New Deal. She also disparaged her colleague in a series of tweets on Thursday, including one post labeling Ocasio-Cortez "a hate-America terrorist sympathizer."

"Since you lack the courage & intelligence to debate me, I’ll debate the person who really wrote it," the lawmaker tweeted to AOC on Thursday, weeks after publicly announcing plans to debate the proposed environmental legislation.

I’m glad I ran into you today @AOC to plan our debate about the Green New Deal.

After I finish reading all 14 pages, like we agreed, I’ll schedule time for our debate.#MTGvsAOC pic.twitter.com/viuH5Uj0oD

"We hope leadership and the Sergeant at Arms will take real steps to make Congress a safe, civil place for all Members and staff — especially as many offices are discussing reopening," Lauren Hitt, a spokesperson for Ocasio-Cortez's office, told the Post.

"One Member has already been forced to relocate her office due to Congresswoman Greene’s attacks," the spokesperson said, referring to the recent office change of Rep. Cori Bush (D-MO),  who reportedly switched offices over a face-to-face encounter with Greene.