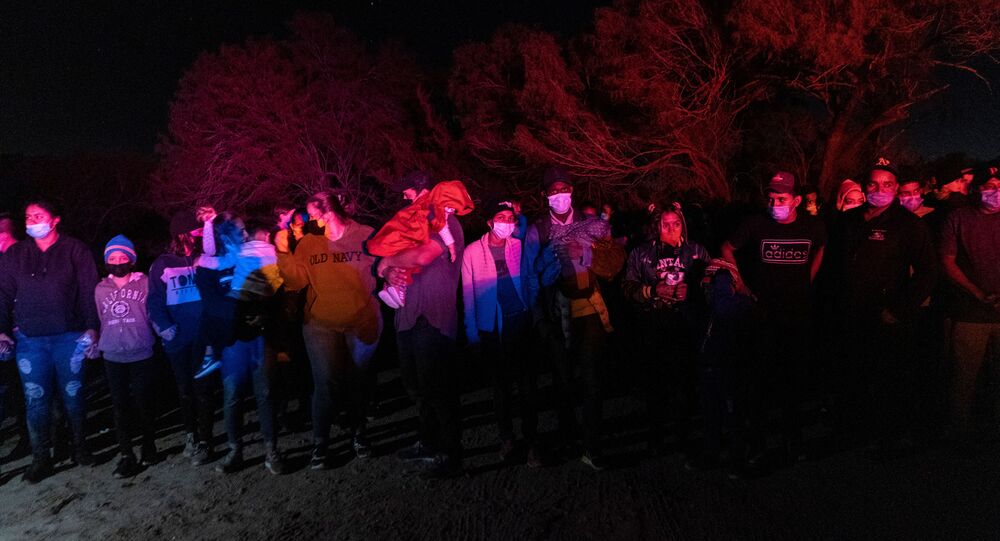 As the situation with the surging numbers of immigrants on the US-Mexico border is called "a crisis" by many, neither US President Joe Biden nor his vice president, Kamala Harris, have yet to visit the region, for which both have faced criticism.

A Texas sheriff, Andy Louderback, speaking to Fox & Friends Weekend on Sunday, criticised the Biden administration for its immigration policies and claimed that it was "embarrassing" that the state's National Guard has allegedly been deployed to clean up trash left by illegal immigrants trying to enter the United States.

"It's incomprehensible that a national security border, our border with another…foreign country is in the shape that it is," Louderback asserted.

According to the local Texas law enforcement officer, the border area is "littered completely" with trash, and there is also an "incredible amount" of clothing, water bottles and backpacks lying on the ground. The border vicinity also faces "car crashes, increased deaths, exploitation of women, and environmental concerns", he added.

The sheriff said that the situation is "preventable", if US President Joe Biden or his vice president, Kamala Harris, would visit the border to "see for themselves" - a move neither has done since being inaugurated, as the situation is labeled by many in the media a "migrant crisis". As of now, Harris, who is in charge of the border situation, has only spoken to Mexican President Andres Manuel Lopez Obrador on the matter, calling him to address the "root causes" of migration.

The sheriff also asserted that the border crisis is completely "ignored", echoing other criticism toward the Biden administration, which refuses to name the flow of migrants on the US southern border a "crisis".