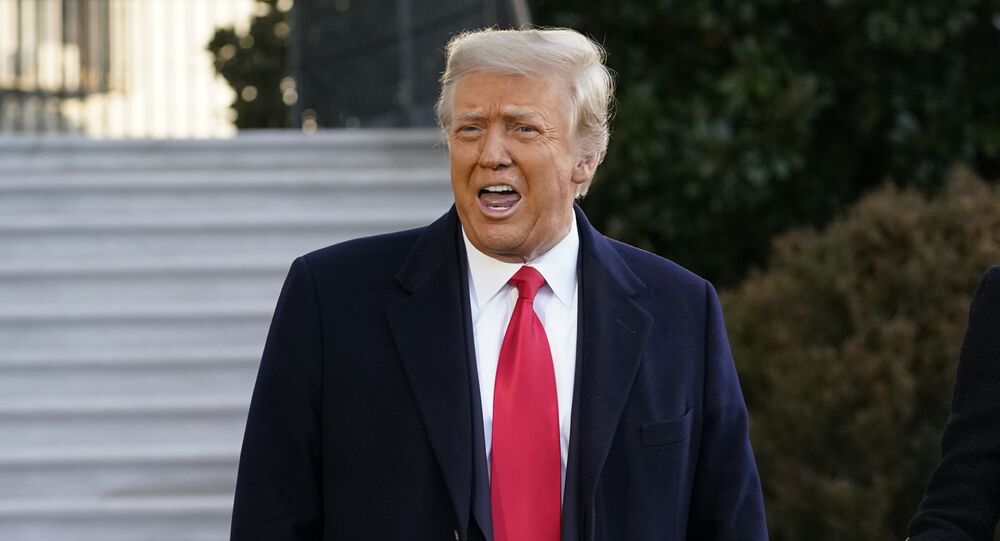 The White House is still avoiding using the term “crisis” when it comes to discussing the migrant surge at the US-Mexico border, referring to the spike as “cyclical” and “seasonal” instead.

Former US President Donald Trump is frustrated with Joe Biden for failing to discuss the southern border issue during his first address to a joint session of Congress on Wednesday, warning that the situation was getting “out of control” and the current administration was "doing absolutely nothing."

“He didn’t discuss the border and the fact that tens of thousands of people are pouring into our country, many of them criminals, many of them people from jails, many of them doing acts that you don’t even want to know about,” Trump raged to Fox Business host Maria Bartiromo in an exclusive interview.

“It could destroy our country if it keeps going,” the ex-president continued.

Trump also blasted Biden’s reversal of some of his crucial immigration policies, including the "Remain in Mexico" programme, asylum seeker regulations, and the construction of the border wall, which he says the current administration just doesn’t “want to finish.”

"The Wall would have been completed if I didn’t get sued by Congress and the Democrats every single moment,” Trump said, arguing that “most of the wall” – some 500 miles of it – was built during his term.

Homeland Security Secretary Alejandro Mayorkas reportedly told his staffers this month that the construction of the wall, halted by Biden in the first days of his presidency, may resume to fill the “gaps,” despite the incumbent president’s promise that the project would be abandoned for good.

During his Congress address, the president maintained that immigration “has always been essential to America,” while pushing lawmakers to support his overarching immigration reform plan that would legalise the status of some 11 million migrants currently illegally residing in the US.

In March, the House of Representatives passed two bills, the American Dream and Promise Act and the Farm Workforce Modernisation Act, green-lighting the citizenship of young immigrants who came to the country as children, farm workers, and refuges with temporary status. The legislation is yet to be approved by the Senate, which may prove difficult.

“Let’s end our exhausting war over immigration. For more than 30 years, politicians have talked about immigration reform and done nothing about it. It’s time to fix it,” Biden said in his speech, while urging Congress “to act."

According to Biden, the Trump administration is to blame for shutting down the plan pushed during his years as vice president, which provided "the help needed to address these root causes” of migration from the Northern Triangle countries of Central America.

The White House is describing the current surge in illegal immigrants arriving at the Mexico-US border – a record number of unaccompanied minors in particular – as “cyclical.” However, data from US Customs and Border Protection shows that in March 2021, the agency recorded 172,331 “border encounters” at the Southwest lands in comparison to 364,460 in March 2020 and 103,731 12 months before.