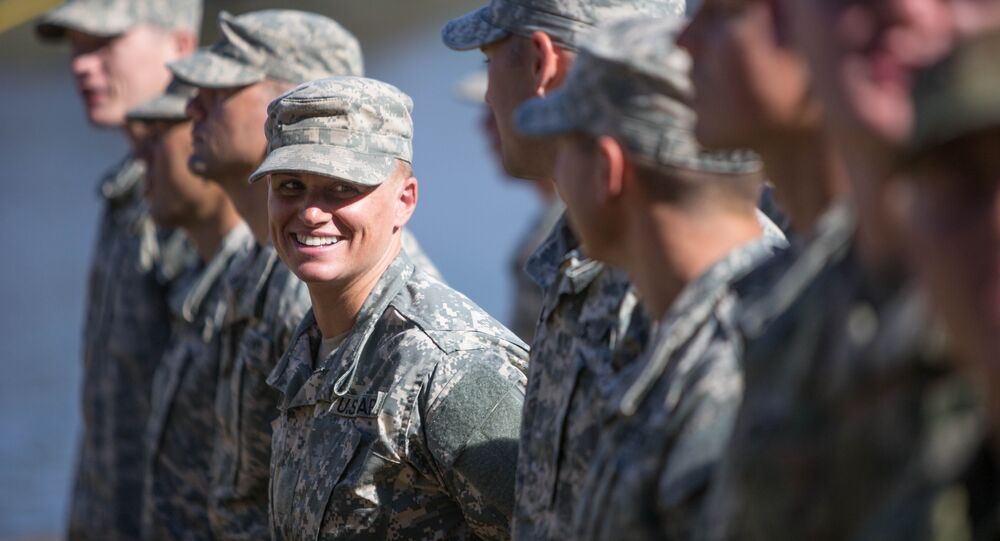 The planned deployment comes in the wake of the Biden administration's announcement earlier this month that the US would begin its final withdrawal from Afghanistan in May, and complete it by the anniversary of the 9/11 terror attacks in September.

The US has begun to withdraw forces from Afghanistan, while Army Rangers will be temporarily deployed there, increasing troop numbers in the war-torn country, White House Principal Deputy Press Secretary Karine Jean-Pierre has announced.

"Elements of an Army Ranger task force will temporarily deploy to Afghanistan to assist with the force protection of forces on the ground as we initiate the withdrawal operations," Jean-Pierre said in a prepared statement for reporters on Thursday.

The spokeswoman indicated that that US Central Command would continually assess force protection requirements in coordination with US Forces Afghanistan "in the weeks and months ahead," and that US forces have the flexibility to move additional capabilities into and out of Afghanistan as required.

"The president's intent is clear – the US military's departure from Afghanistan will not be rushed or hasty. It will be deliberate, and will be conducted in a safe and responsible manner that ensures the protection of our forces. Potential adversaries should know that if they attack us [during] our withdrawal, we will defend ourselves, our partners with all the tools at our disposal," Jean-Pierre warned, saying the Rangers "represent some of those tools."

Matthew Williams
More B-52 Bombers Arrive in Qatar to Protect US Troop Pullout From Afghanistan
The imminent Ranger deployment comes following the Pentagon's sending of B-52 bombers near Afghanistan last week to help "ensure security" during the withdrawal. Also last week, Secretary of Defence Lloyd Austin approved the extended deployment of the USS Eisenhower aircraft carrier in the Middle East, with its air assets expected to help cover withdrawing forces.

Pentagon spokesman John Kirby confirmed last Friday that a temporary increase in US ground forces may take place during the withdrawal.

Earlier this month, US Central Command Chief Gen. Kenneth McKenzie expressed concerns about the Afghan military's high levels of dependence on US assistance, and indicated that a premature pullout of US troops could endanger Kabul's ability to continue holding its territories or even cause the government to collapse. He urged Washington to continue providing the Afghan government with "some support" post-withdrawal.

The Taliban has urged the US to stick to the original 1 May withdrawal deadline, and warned Washington and NATO in mid-April that "if the agreement" signed in Doha between the US and the Taliban in February 2020 "is breached and foreign forces fail to exit our country on the specified date, problems will certainly be compounded and those whom failed to comply with the agreement will be held liable."

The Islamist militia did not specify what these "problems" would entail.

The US and its NATO allies have been at war against the Taliban in Afghanistan since late 2001, when US forces invaded the country in the aftermath of the 9/11 terror attacks, ostensibly to capture or kill Saudi-born multimillionaire and al-Qaeda leader Osama bin Laden. The Afghan deployment eventually turned into a nation-building exercise, with the US and its allies propping up a loyal government, engaging in counterinsurgency operations against the Taliban, and training Afghan security forces to fight the militia.

The War in Afghanistan has lasted over 19 years, claiming the lives of over 100,000 Afghan civilians and security forces personnel, up to 72,000 Taliban fighters, 3,500 coalition troops, and 4,000 Western mercenaries. It has also displaced millions, both inside and outside the country, and led to a major spike in the production of opium, which has made its way to Russia and Europe, causing tens of thousands of drug addiction deaths over the past two decades. The US Central Intelligence Agency has been accused of being involved in the Afghan drug trade going back to the 1980s.

The Taliban Movement is banned in Russia and considered a a terrorist organiSation.