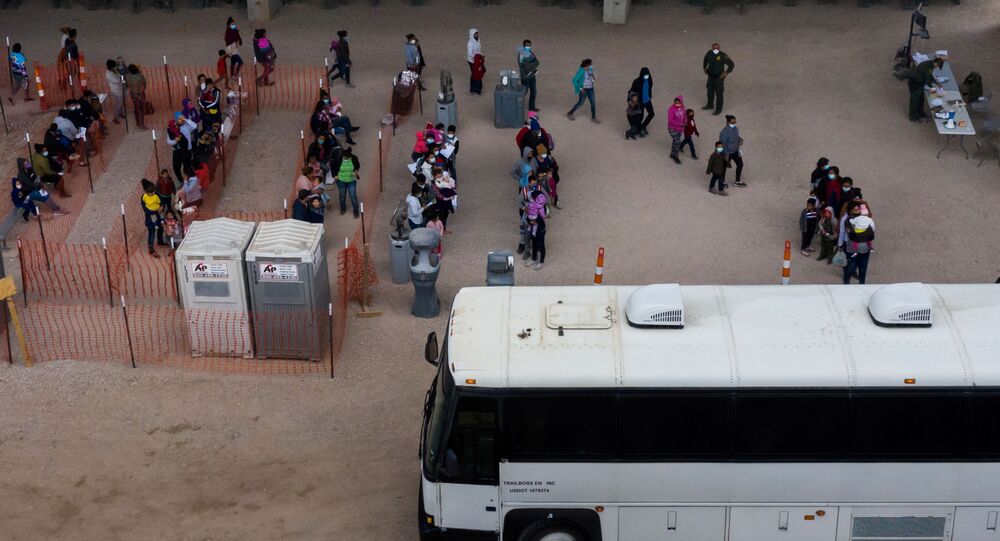 Earlier this month, former POTUS Donald Trump lambasted US President Joe Biden over his migration policy, which, in particular, saw a move to stop construction of a US-Mexico border wall.

US President Joe Biden has claimed that a current increase in migrant flows at the country's southern border started under the Trump administration.

"This new surge we are dealing with now started with the last administration, but it's our responsibility to deal with it humanely and to stop what's happening", POTUS said during a meeting with Health and Human Services Secretary Xavier Becerra and Homeland Security Secretary Alejandra Mayorkas at the White House on Thursday.

Biden asserted that "there was a serious spike in people heading to the southern border even in the midst of that [Trump administration]… because there were serious natural disasters".

The US president pledged that his team will work to recommit to the $700 million foreign aid programme in a bid to curb migration.

This came a few weeks after former US President Donald Trump lashed out at Biden's migration policy, arguing in a written statement that when he was president, the country's southern border was "in great shape – stronger, safer, and more secure than ever before".

"We ended Catch-and-Release, shut down asylum fraud and crippled the vicious smugglers, drug dealers and human traffickers", the statement claimed.

Trump also slammed Biden's decision to stop construction of a US-Mexico border wall that he said was "working magnificently" and claimed the US "is being destroyed at the southern border, a terrible thing to see!"

Biden's border policies were earlier bashed by a spate of Republican officials and lawmakers, with Trump insisting during the annual conservative CPAC conference that the president's actions were a betrayal of core American values. Trump previously warned that "waves" of illegal immigrants might enter the US once his immigration policies were reversed.

US Customs and Border Protection (CBP) officials are currently facing an ever-increasing influx of migrants, mostly from Central America, who have attempted to illegally cross the southern US border.

As Biden decided to allow migrant children to enter the country, nearly 3,200 adolescents are said to be held in various housing facilities on the southwestern border, waiting for formal procedures by the Department of Homeland Security.

In January, the US president signed several executive orders, including one that aims to "restore faith" in the US immigration system and "strengthen integration and inclusion of new Americans".

© REUTERS / PAUL RATJE
US on Pace to Encounter More Migrants on Southern Border Than in Last 20 Years, Homeland Security Warns
The order scrapped the Trump administration rule making migrants ineligible for public assistance, instructing the State Department, the Justice Department, and the Department of Homeland Security to review the guidelines for becoming a US citizen.

Shortly after signing the orders, Biden told reporters that he is not "making new law" but is "eliminating bad policy", in an apparent nod to the former US administration.