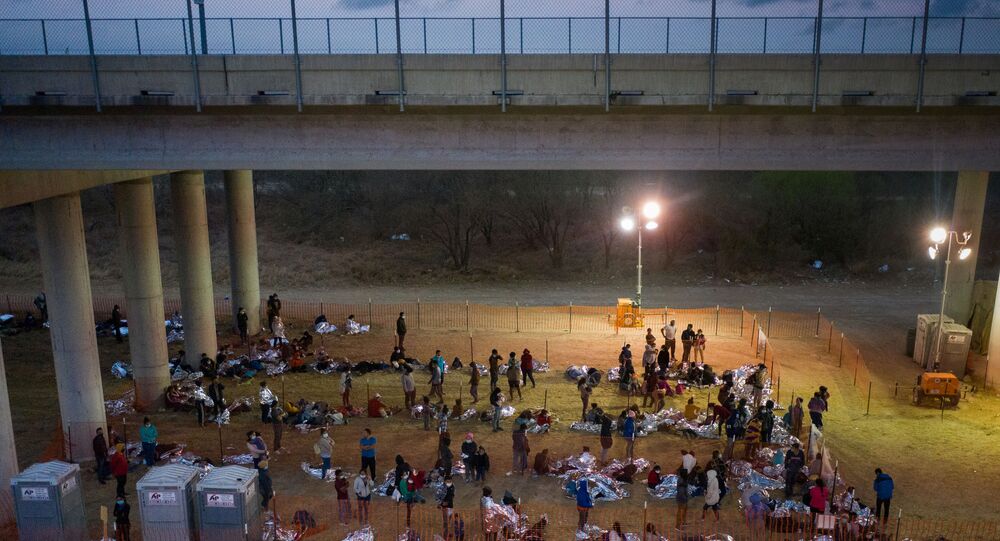 The Joe Biden administration on Monday announced it will dispatch envoys to Mexico and Guatemala to help curb migrant traffic, as the White House struggles to contain a surge of migrants arriving from Mexico at the US border.

According to reports, the Biden administration ignored warning signs and briefings from senior Customs and Border Protection officials that a migrant crisis would occur at the US southern border.

"The administration knew it was going to happen and everything since [Biden took office] has been how to manage it. The response is to merely manage the processing - not to stem the tide," a senior Customs and Border Protection official told Fox News.

This weekend, the Washington Post also reported that CBP officials briefed the Biden team that there could be a surge in unaccompanied minors attempting to cross the border.

Chad Wolf, the acting DHS secretary at that time, did not partake in the briefings, but said he talked to transition officials about the impending migrant crisis.

“It’s one thing to hear it from political appointees, but career folks were telling them the same thing. They should have been better prepared,” Wolf said. “And I know they were briefed in detail by CBP.”

Since his entering of office, Biden has reversed a number of Trump-era immigration policies.

In addition to halting construction of the Mexico border wall, Biden has also eliminated the “Remain in Mexico” policy, which requires that migrants from Central American countries wait for asylum hearings outside the US. Biden also formally suspended the so-called “Asylum Cooperative Agreements” (ACAs) with Guatemala, Honduras and El Salvador.

Under the ACAs, also known as the “safe third country” agreements, the Trump administration could prevent people arriving at the border the option to seek asylum in the US. Instead, such people could fly to and seek asylum from other countries.

Biden has also issued an order affirming the 2012 Deferred Action for Childhood Arrivals (DACA) program. DACA is an Obama-era immigration policy that allowed young undocumented individuals who had arrived in the US as children to be given work permits, as well as a renewable two-year period of deferred action on deportation.

Some officials, including Arkansas Senator Tom Cotton, have called on Biden to extend public health exclusion to all migrants, and to reinstate both the “Remain Mexico” and “safe third country” policies.

On Sunday, Mark Weber, a spokesperson for the Department of Health and Human Services (HHS), confirmed to CBS News that the number of migrant children in US custody has surpassed 15,000, with Republicans blaming the migrant crisis on Biden’s divergence from former President Donald Trump’s immigration policies.