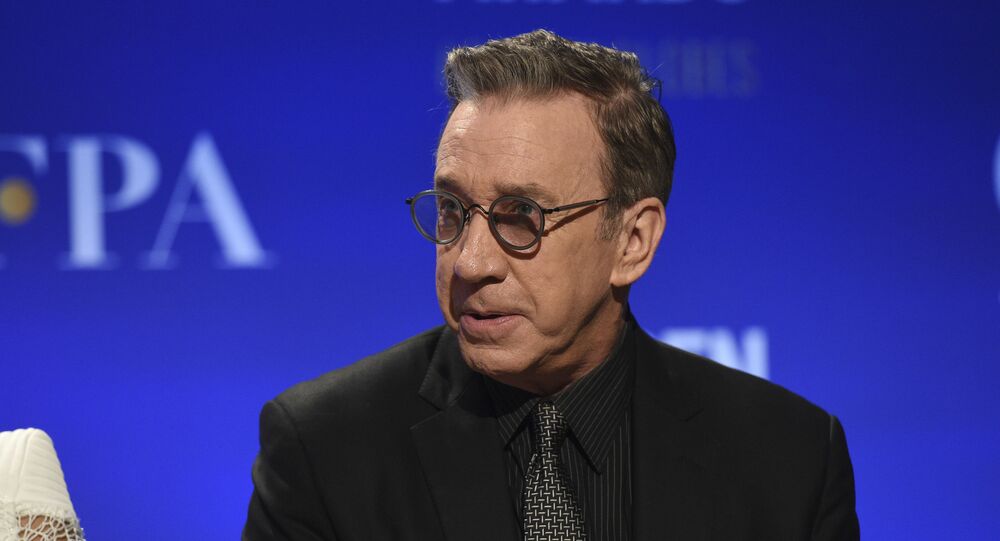 Trump's relationship with the US media and part of the general public has been rocky, some might say. The former president has constantly faced criticism from the majority of the mainstream media for almost every action he has taken. In his turn, Trump has repeatedly called his critics in the media fake news.

Hollywood actor and comedian Tim Allen has said that since he has not joined the "lynching crowd" social trend that has arisen in recent years, he "kind of liked" that former President Donald Trump annoyed many people while in office.

The star of the "Last Man Standing" sitcom made an appearance on the stand-up comedian Marc Maron's podcast show "WTF with Marc Maron" earlier this week, and he was asked whether he was an "old school conservative" in regard to his political views and why he has never been outspoken about his political preferences.

"I literally don't preach anything," he said. "I'm not telling anybody else how to live. Once I realized that the last president pissed people off, I kind of liked that. So it was fun to just not say anything, [I] didn't join into the lynching crowd."

Allen also noted that he is friends with the Clintons, but he opposed Hillary Clinton's presidential campaign.

"Bill Clinton has been a very genuinely nice guy to me. When he was president, I sent them Christmas stuff from Disney. I sent all the movies we did. I sent it to Bush too and I sent it to the Obamas," he continued. "I just didn't think Hillary should have been president. In the end, you go the other direction. I said, 'It's nothing personal about it. If you don't like it then wait till the next election.'"

Down with the interview, the voice of Toy Story's Buzz Lightyear also revealed that he has always been a "fiscal conservative person with money" and expressed his dissatisfaction with the American tax system.

"Once I started making money I had this silent partner that just took almost half of my money and never gave me anything for it and that was the taxes," Allen said. "I've never liked taxes...That's it, I don't like it. I work pretty hard for this stuff and I accomplished a lot and I was handicapped by my own errors. It's all my fault, I get that. But I had this silent partner. I never liked taxes."

The "silent partner" Allen was referring to is the "government," he confirmed when asked by the host.

Donald Trump's widely known tensions with the American media have escalated, especially during the 2020 election campaign. Last year, the former president even accused the media and social platforms of pursuing a policy of "online censorship."

Shortly after the country's major mainstream media outlets declared a projected victory for Democratic candidate Joe Biden, Trump claimed the election had massive irregularities and that it was "fraudulent", and the media lashed out at him in response.

The confrontation between the president and the media peaked after the violent riots in the US Capitol on January 6, when following the events, Trump was accused of "incitement of violence" and soon stripped of most of his social media accounts.