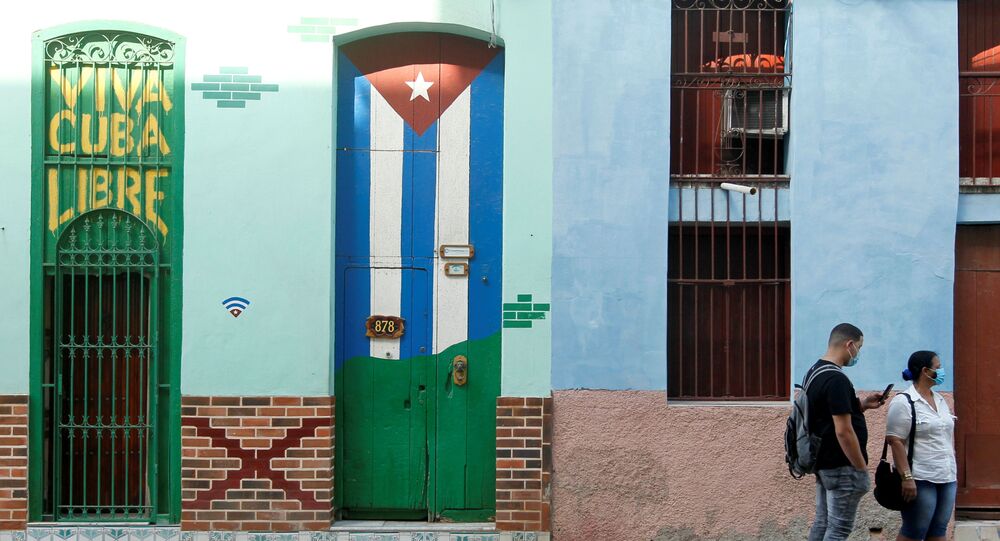 MOSCOW (Sputnik) - The European Union has summoned its ambassador to Cuba, Alberto Navarro, back to Brussels for explanations over signing an open letter addressed to US President Joe Biden calling on him to stop meddling in Cuba's domestic affairs, an EU spokesperson told the Politico newspaper on Saturday.

This past Wednesday, a group of 16 members of the European Parliament (MEP) sent a letter to EU foreign policy chief Josep Borrell asking him to fire Navarro. The main reason they cited was him signing the letter, which, among other things, urged Biden to personally ensure the lift of Cuba sanctions.

"We have received [the MEPs] letter and have requested the ambassador to come to Brussels to provide explanations [to Borrell]. In the meantime, we have asked him to provide a note detailing the matter," the spokesperson was quoted as saying.

The spokesperson did not specify if Borrell was considering to fire the ambassador, but the very fact fact of summoning him to Brussels amounts to a severe reprimand.

As noted in the report, Borrell himself criticized the US embargo on Cuba earlier this month during a press conference in Moscow, but the EU lawmakers were nonetheless surprised by Navarro's seemingly independent initiative to sign a letter of demands addressed to "a government of a third country, a friend and ally of the EU, to which he is not accredited."

Other than Navarro, the letter was reportedly mostly signed by Cuban officials and citizens.