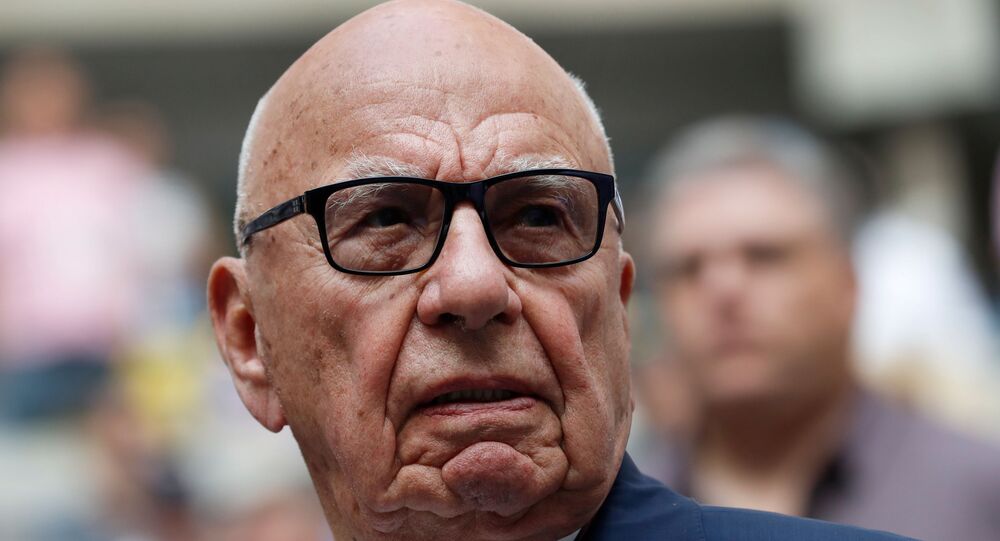 Rupert Murdoch is the owner of the News Corp company, including some of the biggest US media outlets such as Fox News and the New York Post, and has long been considered an ally to the former US president, Donald Trump.

Australian-American media magnate Rupert Murdoch criticized what he characterized as a "woke orthodoxy" and "cancel culture" that has become increasingly popular in recent months, saying that these so-called trends are harming the free exchange of ideas throughout the world.

He issued a video to mark his lifetime achievement award from the Australia Day Foundation for significant contribution to the press. Murdoch said that a wave of censorship that polarizes society and silences conversation is a “real challenge for those in the media.” He added that this trend prevents people from "realizing their potential.”

“This rigidly enforced conformity, aided and abetted by so-called social media, is a straitjacket on sensibility. Too many people have fought too hard in too many places for freedom of speech to be suppressed by this awful woke orthodoxy,” Murdoch noted.

The statement is remarkable as the tycoon, 89, has not regularly spoken out publicly in recent years. Murdoch owns hundreds of news outlets around the world, including Fox News, a major media corporation and the New York Post newspaper.

Manifestations of so-called cancel culture rose following the killing of a black man, George Floyd, by white police officers in Minneapolis, Minnesota, in May 2020. Immediately leading to a wave of anti-police brutality and anti-racism protests that occasionally turned violent, Floyd's murder sparked a new wave of public discussion about systemic racism in the US.

Against this backgound, a growing number of callings by different groups for 'cancelling' social or cultural phenomenon appeared. Among objects whose historical relevance have been re-imagined are monuments of historic figures considered by some to not represent current social mores, indicating to some that they are not 'wrong', including sports team names, popular TV series, etc.

The so-called cancel culture has been repeatedly criticized by many public persons for what they consider to be bias. Recenty, British comic actor Rowan Atkinson called several examples of cancel culture a “simplistic, binary view of society.”