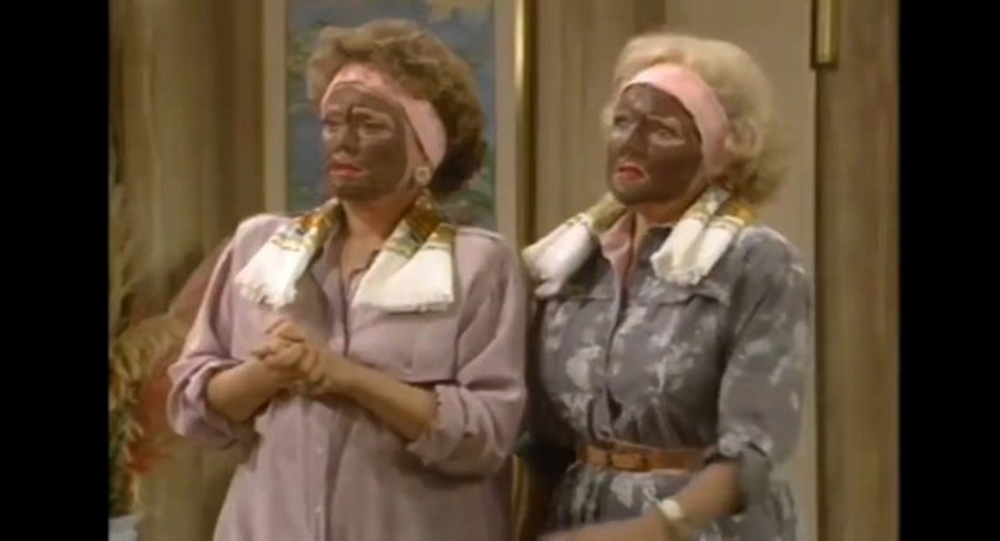 Television episodes of classic series and popular culture shows have been removed from various streaming sites amid accusations of racism, particularity against African Americans, in media.

Hulu has taken down an episode of "The Golden Girls" from 1988, in which actresses Betty White and Rue McClanahan wear black mud on their faces, according to Deadline and The Hollywood Reporter.

The plot of the episode, entitled "Mixed Blessing," has Bea Arthur's Dorothy intend to marry an older black woman, played by Rosalind Cash.

"This is mud on our faces," White says in the episode upon the arrival of Cash's family.

"We’re not really black", they explain.

Hulu has removed an episode of ‘The Golden Girls’ in which characters wear mud face masks. The episode was removed due to concerns over racism.

Social media users were confused over the decision, with some suggesting that the move was an overreaction.

I know there's an uprise of #racism in the world right now, but this is two ladies in mud masks, not #blackface. This is getting annoying and insulting at the same time. 🙄#GoldenGirls pic.twitter.com/h0j54b8djq

everyone: defund the police

everyone: no we said de—

everyone: that’s not wh—

everyone: what is happening

— every cop contribution is a policy failure (@aaronnarraph) June 28, 2020

That Golden Girls episode isn’t blackface. What the hell ?

Black lives matter fueled this B.S., now cancel culture has gotten out of hand over a mud mask in Golden girls? This is beyond stupid. But I guess its racist to go to a spa and get that treatment done now. #CancelCulture

Others said that there was no reason to delete the episode, claiming that no black persons had demanded the removal.

i promise you as a black person not one black person i know including myself thought The Golden Girls we’re doing blackface, that episode was actually about acceptance.

I think Hulu insulted our intelligence, and grossly misjudged our love for The Golden Girls. They should reinstate that “mud mask” episode to the streaming platform asaptually. We want reparations—not virtual signaling and symbolic gestures.

@hulu @hulu_support Put the episode back. Golden girls is far from offensive or racist

@hulu tell me you did not seriously take down an episode of the golden girls because they have on facial masks. You know thinking black people are dumb is also racist, actually much more so than a facial mask.

The Golden Girls is not the first series to have episodes removed due to allegations of racism or racial insensitivity.

Tina Fey requested last week that four episodes of "30 Rock" be removed from NBCUniversal's streaming service due to their blackface usage.

Hulu also removed three episodes of the TV sitcom “Scrubs” from the site because of blackface appearances.

​The removal of the video follows the death of a black man, George Floyd, at the hands of white police officers Minneapolis last month, sparking global demonstrations by the Black Lives Matter movement.