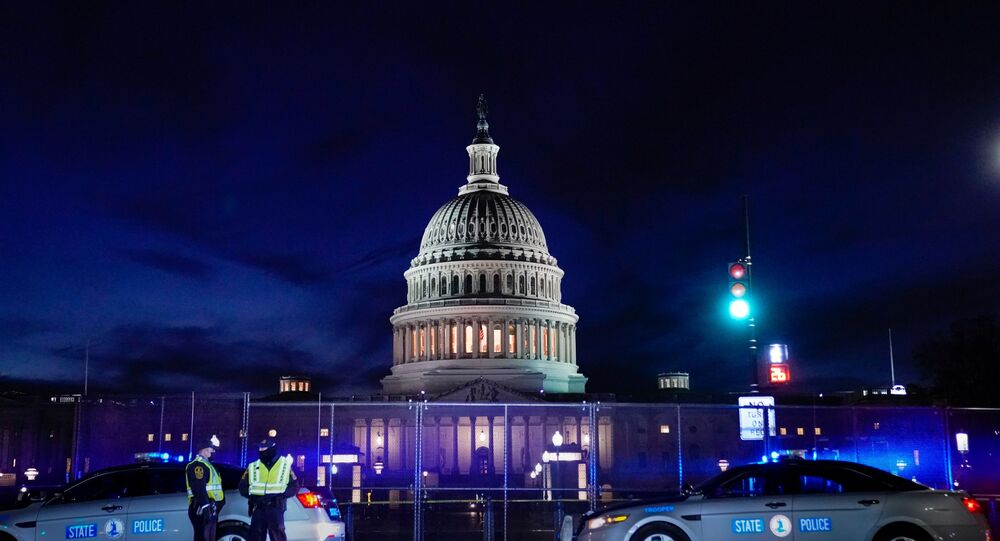 US Capitol Police Chief Steven Sund tendered his resignation on Thursday, effective January 16. His departure comes in the wake of his force's failure to halt the penetration of the US Capitol building by riotous supporters of US President Donald Trump, who ransacked the legislative building.

"If Senate Sergeant Arms [Michael] Stenger hasn't vacated the position by then, I will fire him as soon as Democrats have a majority in the Senate," Schumer told Politico on Thursday.

The day prior, the lawmakers had been forced to seek emergency shelter after throngs of Trump supporters stormed the Capitol building in an attempt to halt the certification of Electoral College votes for US president. Trump, who has rejected the official counts as fraudulent because he lost, urged his supporters at a rally earlier on Wednesday to take action. While they only succeeded in stalling the verification process, they destroyed a great deal of property in the 200-year-old building, and four people died - one of them by a Capitol Police officer's pistol.

The officer who shot the female protester has been suspended, pending an investigation of the incident. Media reported that a Capitol Police officer who sustained significant injuries during the riot succumbed to their injuries on Thursday evening, but the information was dismissed by DC Police later.

“The violent attack on the US Capitol was unlike any I have ever experienced in my 30 years in law enforcement here in Washington, DC,” Sund said in a Thursday statement. “But make no mistake – these mass riots were not First Amendment activities; they were criminal riotous behavior.”

"They were determined to enter into the Capitol Building by causing great damage," he added.

However, deeper questions remain, such as how the insurrectionists gained access to the building, which has several layers of security. Sputnik reported several instances that seemed to indicate cooperation between Capitol Police and the rioters by way of opening barricades and even taking selfies together inside lawmakers' offices. However, at other times Capitol Police met the Trump supporters with pepper spray, tear gas and flash-bang grenades.

The Associated Press also reported Thursday that Capitol Police had declined multiple offers from the National Guard to reinforce security outside the legislature in the days leading up to the insurrection.