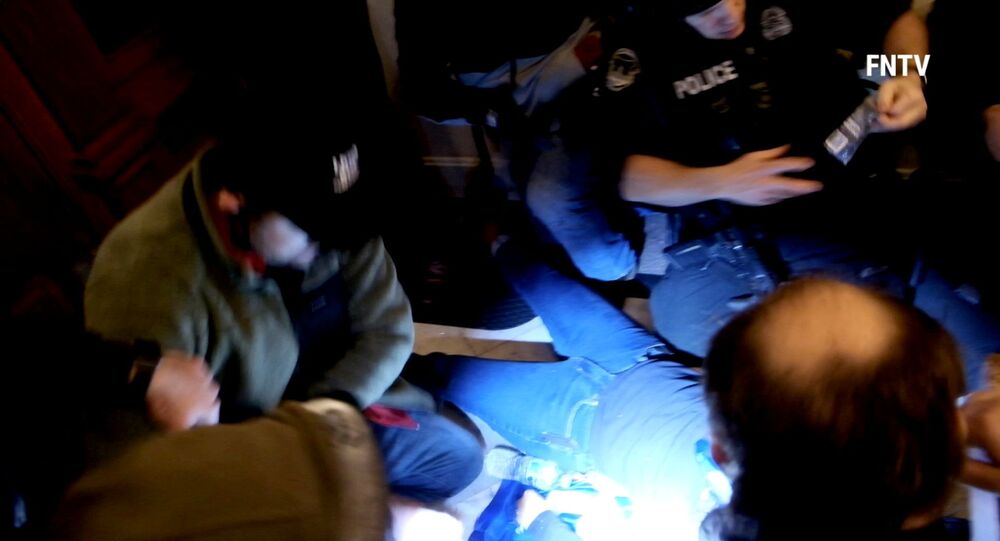 During the violence that erupted as a result of the 'Stop the Steal' protests outside the United States Senate chamber in Washington, a woman was killed by a Capitol police officer.

The police officer who shot a woman dead during the Capitol riots has been suspended pending investigation, Capitol Police Chief Steven Sund said on Thursday.

The police officer involved in a deadly shooting in Congress on Wednesday has been put on administrative leave and has had his powers suspended pending an investigation, according to the statement by Sund .

"As protesters were forcing their way toward the House Chamber where Members of Congress were sheltering in place, a sworn USCP employee discharged their service weapon, striking an adult female. Medical assistance was rendered immediately, and the female was transported to the hospital where she later succumbed to her injuries", he said.

The police chief confirmed the media reports and said that the name of shot woman was 35-year-old Ashli Babbitt.

Sund said Capitol Police are carrying out a "thorough review" of the assault against the US Capitol building by a group of pro-Trump protesters, including security planning, policies, and procedures.

Sund's comment came in the wake of a Twitter campaign #StevenSundMustResignToday demanding the police boss leave his post as because of his alleged failure to protect the capital building.

Babbitt died from wounds she sustained in the US Capitol at a DC hospital.

According to Fox News, Babbit, who hails from San Diego, California served 14 years in the US air force and was an adamant supporter of President Donald Trump.

Before participating in the Stop the Steal movement, intending to prevent the alleged theft of the election from President Trump, Babbit posted enthusiastic tweets that "the storm" would be descending on DC in "less than 24 hours".

​The incident occurred while Trump supporters stormed the Capitol in their thousands. A group of protesters then broke into the building, reaching the Senate chamber, and reportedly clashed with police.

Attempts by the US to use tear gas and rubber bullets but were unsuccessful in stopping the protesters from breaching the area.

Despite calls by Trump to remain peaceful, the initial 'Stop the Steal' protest erupted into violence in the wake of Electoral College votes which would confirm President-elect Joe Biden's accession to the White House.