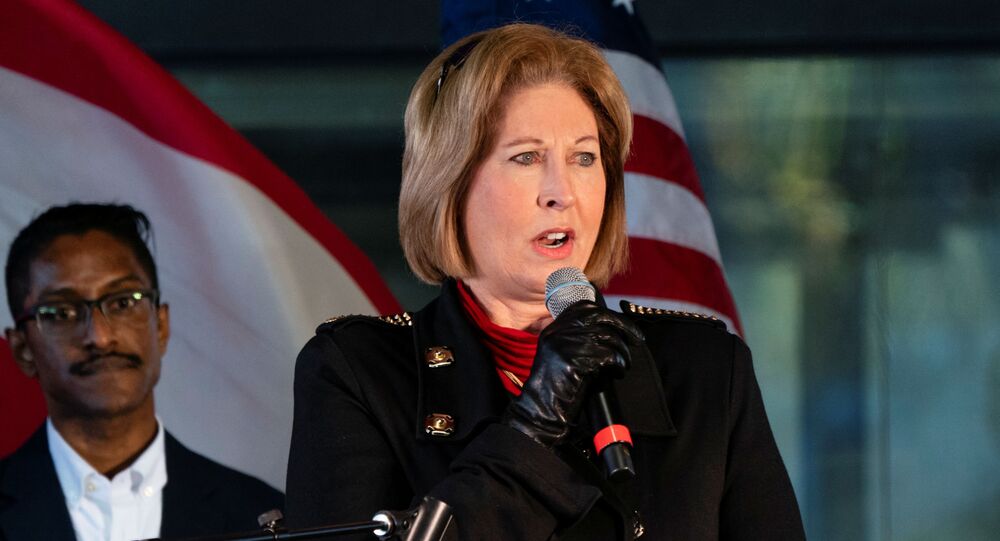 Incumbent US GOP President Donald Trump lost the 3 November presidential election to President-elect Joe Biden. Although the US Electoral College has voted in favour of the Democrat’s victory, the Trump campaign’s legal team vowed to continue its efforts to overturn the election results, as Congress is set to accept the electoral vote on 6 January.

US President Donald Trump is considering naming his former campaign legal team member Sidney Powell, who is a strong supporter of the Republican president’s claims about a “rigged” election, as a Special Counsel in charge of investigating his voter fraud allegations in a bid to overturn the victory of Democratic President-elect Joe Biden in the 3 November vote, The New York Times reported on Saturday.

The publication said, citing unnamed sources, that Trump discussed the idea at the White House on Friday, during a meeting with a group of senior administration officials and legal advisors, including Powell.

Powell was accused of promoting conspiracy theories, including claims that the voting machine systems used in the country’s election were exploited by foreign countries, particularly Venezuela, Iran, and China, in order to put Biden ahead in the election.

In contrast to Trump’s practice of choosing special counsels from Justice Department appointees, the president discussed the possibility of appointing Powell as Special Counsel within the White House, the NYT said, citing people briefed on the matter. Trump even asked about granting Powell security clearances to start her work.

Trump’s personal lawyer and the lead of his legal team tasked with challenging the legitimacy of the election results, Rudy Giuliani, was said to have joined the White House meeting by phone, which reportedly “became raucous and involved people shouting at each other at times”.

Giuliani, along with most Trump advisors and administration officials including White House counsel Pat Cipollone and White House Chief of Staff Mark Meadows, are opposed to the idea of naming Powell a special counsel on election fraud, prompting her to accuse them of being “quitters”, according to the outlet.

It is not clear whether Trump can install Powell in that position.

During the "heated" meeting, Trump reportedly also discussed an idea proposed by his recently-pardoned former national security adviser Gen. Michael Flynn, who suggested earlier this week during a Newsmax interview, that Trump should impose martial law and deploy the military to “rerun” the vote.

Cipollone and Meadows, during the Friday meeting, “aggressively” opposed the idea, as Cipollone told the president there is “no constitutional authority” to accept Flynn’s proposal, sources told the NYT.

On 14 December, the US Electoral College certified President-elect Biden’s win in the 3 November race against Trump by a margin of 306-232. Congress is set to accept the electoral vote count on 6 January.

Although many GOP leaders, including US Senate Majority Leader Mitch McConnell, have recognized Biden’s election victory and have congratulated him and Vice President-elect Kamala Harris, Trump has not yet conceded the loss to his opponent.