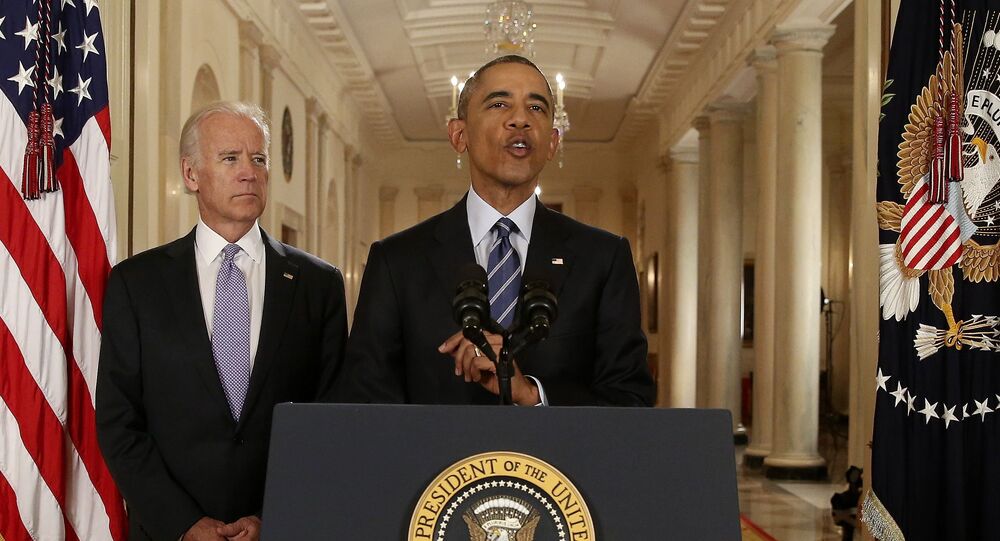 The recently published memoir, “A Promised Land”, by Barack Obama, has also weighed into the speculations regarding whether former vice-president Joe Biden had advised him at the time against the raid that killed al-Qaeda founder Osama bin Laden in 2011.

Joe Biden has shed light on why he advised then-president Barack Obama to wait before ordering the raid that wiped out al-Qaeda founder Osama bin Laden in Pakistan in May 2011.

The advice, which, incidentally, the then-president did not take, was offered to “give him space”, said Biden, in a new CNN documentary, ‘President in Waiting’, that contains contributions from all five living former VPs: Biden, Dick Cheney, Al Gore, Dan Quayle and Walter Mondale.

What is it like to have the second most powerful job in the world? All six living Vice Presidents give you the inside scoop. The @CNNFilms President In Waiting premieres Saturday at 9 P.M. ET pic.twitter.com/rUmxPAgq8o

​In the documentary, cited by The Guardian, Biden says:

“The president went around the room… I think there were 17 people around the table: national security adviser, secretary of state, CIA, chairman of the joint chiefs, all the way to the secretary of defense, etc. Three people gave him an absolute. What do you think we should do? Everybody in the room was like, ‘You know, 60-40, 49-51, etc.’ Two said go, and one said don’t go. And I’m the last person.”

According to Biden, he felt there was one more option open.

“…you could have done one more very low flight … spying down on the site… to determine whether this was Bin Laden, because again, there was no certainty.”

The current projected president-elect reveals in the CNN documentary that as he looked around the room at those present, he offered his own opinion, seeking to give the then-President Barack Obama “space”:

“ … 'Mr President,’ I said, ‘I think you should wait. And do one more pass.’ Knowing that if you made the lower pass, they might observe it and he’d flee.”

According to Biden, he and Obama had a subsequent private discussion, where the former VP advised the president to follow his instinct, adding that the latter “risked his entire presidency” on making the call.

“It took real, real, real courage to make that decision. And had this decision gone wrong, had he not been there, had it failed, I doubt whether the 17 people around that table would’ve said, ‘I told him he should go.’”

On 2 May 2011, as part of Operation Neptune Spear, the US Special Forces, acting on the president’s orders, raided an al-Qaeda compound in Abbottabad, Pakistan, killing the world’s most wanted terrorist Osama bin Laden almost 10 years since the Islamist terrorist group had launched the 9/11 attacks against the United States.

“I was trying to preserve space for him. But the end of the day, that old Harry Truman phrase: ‘The buck stops here’? It stopped here. And it was a consequential decision showing this man’s courage and determination, at the risk of his entire presidency. He’d follow Bin Laden to the gates of Hell to get him.”

‘Joe Weighed in Against the Raid’

The issue of Joe Biden’s advice about the Bin Laden raid has long been a source of controversy, and came to the forefront during the recent presidential election campaign that pitted the Democratic White House hopeful against the current Republican incumbent Donald Trump.

The confusion over what exactly happened was not aided by the fact that Biden’s own version of events shifted from saying he advised Obama to wait to saying he told him to go ahead.

A description of events connected with the killing of Osama bin Laden in 2011 wraps up A Promised Land, Barack Obama’s 700-plus-page memoir - the first of a planned two volumes detailing the 44th US president's tenure in the White House from 2009 to 2017.

“Joe weighed in against the raid,” writes Obama, adding that Biden and then-defense secretary Robert Gates were concerned about “the enormous consequences of failure” and counselled that the president “should defer any decision until the intelligence community was more certain that Bin Laden was in the compound”.

© REUTERS / Handout .
U.S. President Barack Obama (2nd L) and Vice President Joe Biden (L), along with members of the national security team, receive an update on the mission against Osama bin Laden in the Situation Room of the White House, May 1, 2011

Recalling the events of that time, Barack Obama writes that he “appreciated Joe’s willingness to buck the prevailing mood and ask tough questions, often in the interest of giving me the space I needed for my own internal deliberations”.