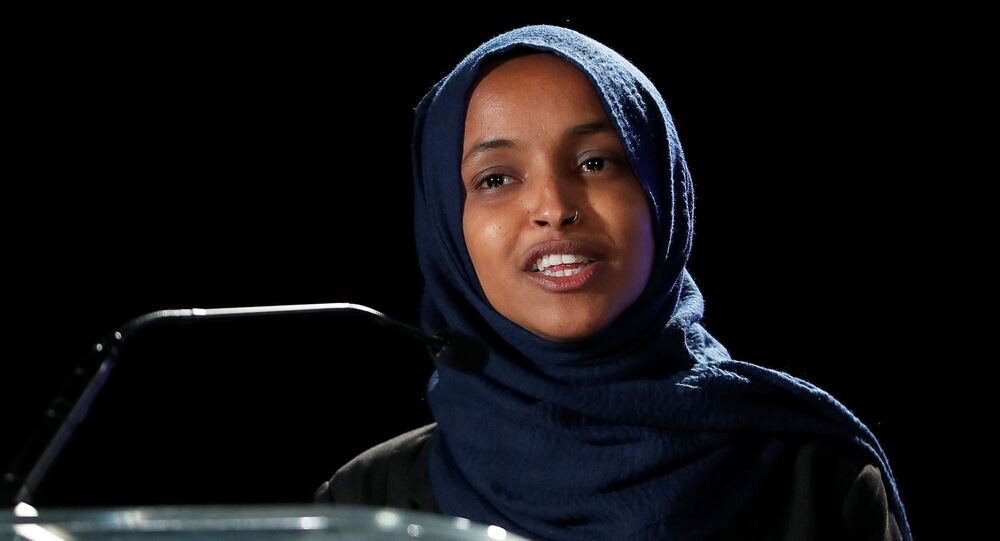 The projected Democratic president-elect, Joe Biden, has said that he is "totally opposed" to defunding police departments, a demand from some in the Black Lives Matter movement, but has called for reform, including "funding community policing programmes”.

Left-wing Democratic Congresswomen laid into former US President Barack Obama over his attacks against the so-called "Defund the Police" movement.

Members of the "Squad" of female Democratic House representatives tweeted their disagreement with the former US president's remarks about the use of "snappy" slogans like "defund the police" in an interview to be broadcast on Wednesday on the political Snapchat show Good Luck America.

"You lost a big audience the minute you say it, which makes it a lot less likely that you're actually going to get the changes you want done," said Obama, the first black US president. "The key is deciding, do you want to actually get something done, or do you want to feel good among the people you already agree with?"

The campaign to defund the police was born out of a resurgence of Black Lives Matter protests following the death of a black man, George Floyd, at the hands of white Minneapolis police officers in May. The Squad launched a Congressional bill to defund police departments in July.

Ilhan Omar, whose congressional district is in Minneapolis, retorted that it was not a slogan but a "policy demand".

Omar also slammed Texas GOP Senator Ted Cruz for his criticism of her support for a Minneapolis city council proposal to transfer almost $8 million from the police department's $179 million annual budget to other services.

Violent crime has soared in Minneapolis this year, by 17 percent in poor districts and 30 percent in wealthier neighbourhoods, according to reports.

Michigan congresswoman Rashida Tlaib, who represents Detroit, compared the defund the police movement to the actions of Rosa Parks, who protested against racial segregation - a policy championed by her own Democratic party at the time.

​Massachusetts congresswoman Ayanna Pressley noted that "generations of unarmed black folk" have been "murdered" by police.

​The Squad's most prominent member, New York representative Alexandra Ocasio-Cortez, tweeted that it wasn't until activists called for defunding law enforcment that anyone paid attention to police brutality.

© AP Photo / Bebeto Matthews
‘It's Gonna Be a Fight’: Defund-Police Supporters Warn Biden They Have No Intention of ‘Going Away'
Newly-elected Missouri congresswoman Cori Bush recalled a 2014 police shooting of an 18-year-old black youth, Michael Brown, in Ferguson, a suburb of her St Louis district, and that of a medical technician, Breonna Taylor, in neighbouring Kentucky, this year.

​The projected Democratic president-elect, Joe Biden, who served as vice-president under Obama, declared during his election campaign that he was "totally opposed to defunding police" - distancing himself from other causes championed by the Squad, including the 'Green New Deal'.