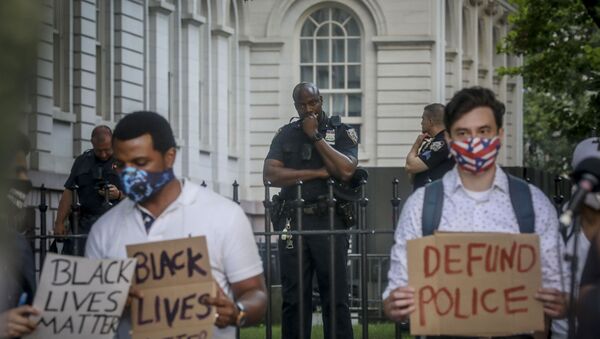 Svetlana Ekimenko
All materialsWrite to the author
During his campaign, Democratic candidate Joe Biden had stated he was opposed to defunding police, while urging the “need to reform", including "funding community policing programmes”. Riots had broken out across the US following the death of George Floyd while in police custody, with protesters calling for the defunding of the police.

Those who support defunding US local police departments have dispelled all speculation that the mere announcement of Democrat Joe Biden as the projected president-elect would motivate them to curtail their actions.

According to activists, they will push ahead with local efforts to slash municipal police budgets, and Biden should expect to feel pressure throughout his projected presidency.

"What we’ve heard so far from the Democratic Party is what they’re not going to do. I don’t expect they will be supportive of the main demand from the streets ... It's gonna be a fight. We're not going away,” defund advocate Andrea Ritchie was quoted by Mother Jones as saying.

A majority of US media have proclaimed Joe Biden to be the winner of the 2020 elections. On Monday US President Donald Trump gave the green light to the General Services Administration (GSA) to formally launch the presidential transition process, despite officially refusing to concede and pledging "to keep up the good fight" amid allegations of voter fraud. 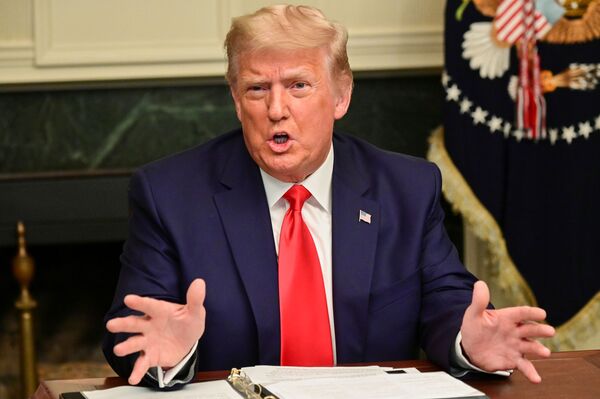 U.S. President Donald Trump speaks to reporters after he participated in a Thanksgiving video teleconference with members of the military forces at the White House in Washington, U.S., November 26, 2020.
© REUTERS / ERIN SCOTT

Despite these developments, and with Biden announcing his first cabinet picks alongside projected vice-president-elect Kamala Harris, Ritchie said:

"The demand is still to defund the police… And it’s gonna get louder and louder.”

Alex Vitale, a professor and author of a book about police abolition, was cited as voicing pessimism about what to expect, at least initially, from a Biden administration.

“He’s made it very clear that he wants to put more resources into policing, that he supports the kind of superficial and ineffective procedural reforms that the Obama administration proposed,” said Vitale.

Earlier in the year, anti-police riots spearheaded by the Black Lives Matter (BLM) movement broke out in the United States following the death of African-American man George Floyd, who was killed in May in Minneapolis after being handcuffed and pinned to the ground by a white police officer's knee for nearly nine minutes.

Protesters called on the federal government to defund or even dismantle the US police force, redirecting funds to other areas, such as education and housing. In the US, most policing is performed and funded at the municipal level and in accordance with state law. However, the US federal government provides supplemental funding: according to NPR, federal departments ranging from the Department of Justice to the Department of Agriculture have grant programmes and this money is used for hiring more police, equipping them and constructing new police facilities. However, this only amounts to several hundred million dollars per year. According to usafacts.org, police funding is second only to education in its receipt of local government spending; $193 billion was spent on policing in 2017.

As President Donald Trump strongly opposed such calls, urging instead the establishment of law and order in the country, his 2020 re-election campaign called out prominent Democrats who were supportive of the Black Lives Matter movement.

Two other members of the "Squad" – a group of four women elected in the 2018 United States House of Representatives elections - Reps. Rashida Tlaib, D-Mich., and Ayanna Pressley, D-Mass., introduced a bill to defund police on 7 July, calling it a "new vision of public safety" seeking to divest taxpayer dollars from “brutal and discriminatory policing”. 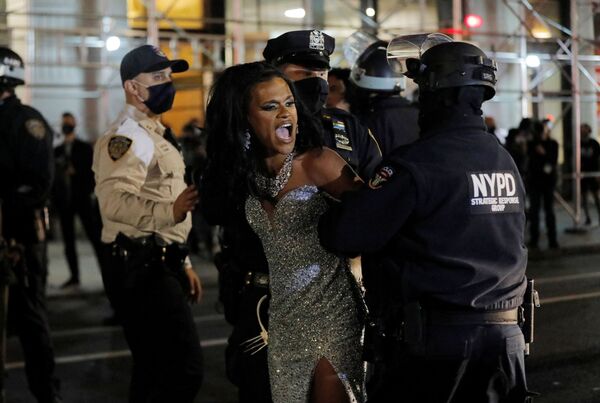 However, the moves were seen as broadly unpopular with voters, a majority of whom opposed cutting police budgets in July, writes the outlet, suggesting that this had also proved harmful on Election Day.

While House of Representatives’ Democrats had originally nurtured hopes of expanding their majority, they witnessed it drastically shrink, despite Biden's projected defeat of President Trump.

Some blamed the results on the association with the defund movement. House Majority Whip James Clyburn, D-S.C., slammed the "foolishness" that impacted more moderate members, with Rep. Tim Ryan, D-Ohio, confirming that it "hurt a lot of our candidates."

After Trump’s reelection campaign pressured the Democratic nominee Joe Biden to speak out on the matter in June, the Biden campaign issued a statement. 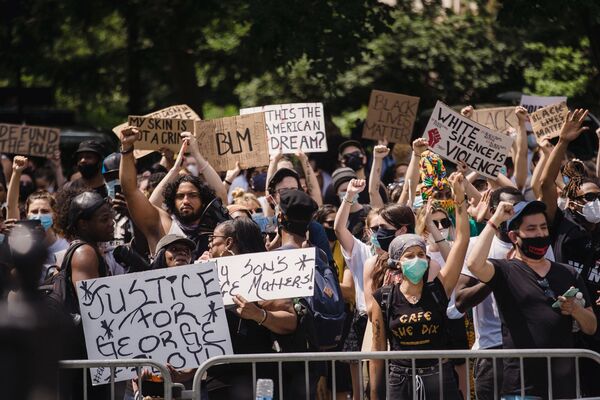 “As his criminal justice proposal made clear months ago, Vice President Biden does not believe that police should be defunded. He hears and shares the deep grief and frustration of those calling out for change, and is driven to ensure that justice is done and that we put a stop to this terrible pain,” spokesman Andrew Bates said, stressing Biden supports the “urgent need for reform,” including "funding community policing programmes that improve relationships between officers and residents".

Appearing at a debate with his Republican opponent Donald Trump, the former vice-president claimed that the current president sought to cut $400 million from law enforcement budgets.

We need a national ban on chokeholds. Now.

"I am totally opposed to defunding police," Biden said during the debate in Cleveland in late September.

Biden did, however, speak in support of measures such as a ban on chokeholds, the creation of a national police oversight commission, and earmarking an additional $300 million in police funding chiefly towards improved training.