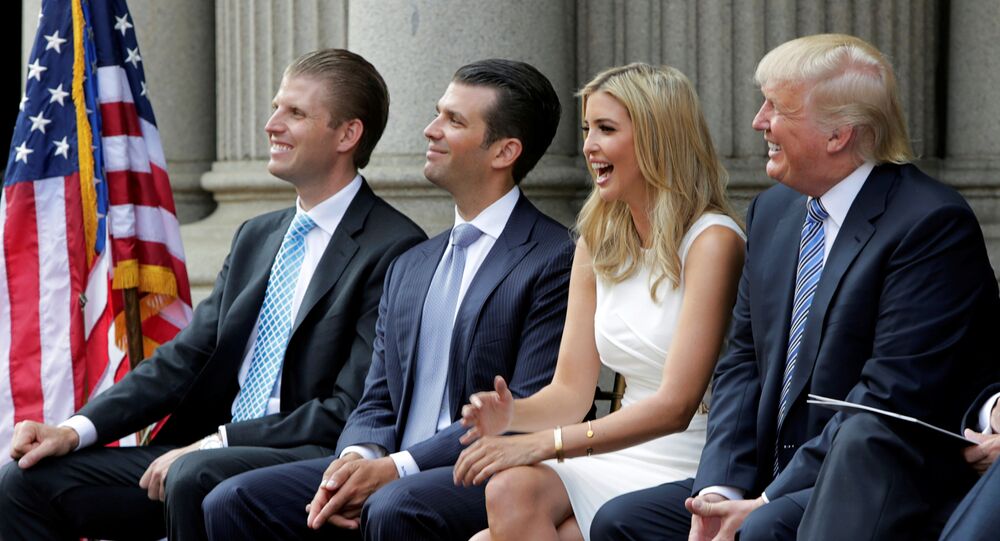 Pardon Me! Republican Senators Warn Trump Against Pardons for Allies, Family and Himself

Both President Donald Trump's Republican Senate ally Lindsey Graham and strident critic Mitt Romney have pointed out that granting pardons to family members – or even himself – would look like an admission of wrongdoing.

Several Republican senators have cautioned US President Donald Trump against hastily issuing blanket pardons in his last days in office.

A half-dozen senators responded to speculation in The New York Times that Trump could use his presidential powers to grant carte blanche pardons to current and former staff, family members, and even himself.

Those powers “should always be exercised after serious thought”, South Dakota Senator Mike Rounds stressed, adding that “I hope and would think the president feels the same way”.

“Pardons are something that are very powerful", Rounds said. "The president has that authority, but you do it after serious thought and consideration, and I would hope the president would approach it that way”.

The president has already triggered opposition Democrats by pardoning General Michael Flynn, his short-lived first appointment as national security adviser. Flynn became the first victim of the debunked "Russiagate" allegations against the president when he resigned after just three weeks in the job over claims he misled Vice President Mike Pence over a conversation he had with a Russian diplomat before Trump took office.

But Rounds dismissed the furore over Flynn's pardon, saying his later conviction for failing to disclose information to the FBI was flawed.

“Based upon what’s coming out right now, it sounds like there were a lot of things involving his conviction and the way that he was treated that would never have happened if the law had been followed”, he said. “Those are the types of things where a presidential pardon is warranted, which is to try to fix something that was done wrong in the first place”.

And Rounds refused to be drawn on speculation that Trump might also pardon his former election campaign chairman Paul Manafort or White House strategist Steve Bannon.

Manafort was convicted in separate trials in 2018 and 2019 of charges including failing to disclose foreign bank accounts or register as a foreign lobbyist for the government of former Ukrainian President Viktor Yanukovich - whose ousting in 2014 was supported by then-President Barack Obama and Joe Biden. Bannon is currently facing federal charges of conspiracy to commit wire fraud and money laundering over a crowdfunding campaign in support of building a wall along the US-Mexican border.

Others responded to the media rumours that Trump could grant pardons to several of his children and in-laws who have worked for his campaign and the White House, and even himself to protect them from any attempt by a nascent Biden administration to launch prosecutions against them.

“I don’t know of what crimes they’re facing", Graham said. "I don’t see any criminal liability for anybody in his family”.

"The challenge with giving members of one’s own family a pardon is that it suggests that there may have been criminal activity, which no family would want associated with", said Utah Senator Mitt Romney, a strident conservative critic of Trump.

“In general, I think presidents ought to take the advice of the pardon office that is within the Department of Justice”, Collins said. “But the president’s pardon authority is very broad”.

Grassley, who is tipped to succeed Graham as Judiciary Committee chair next year, said: “The process ought to be followed”.

Veteran civil rights activist Jesse Jackson urged Obama to issue a carte blanche pardon to Hillary Clinton following her loss in the 2016 election, when one of Trump's most popular slogans against "Crooked Hillary" was "lock her up!" Obama chose to pardon Pentagon whistle-blower Chelsea Manning instead.