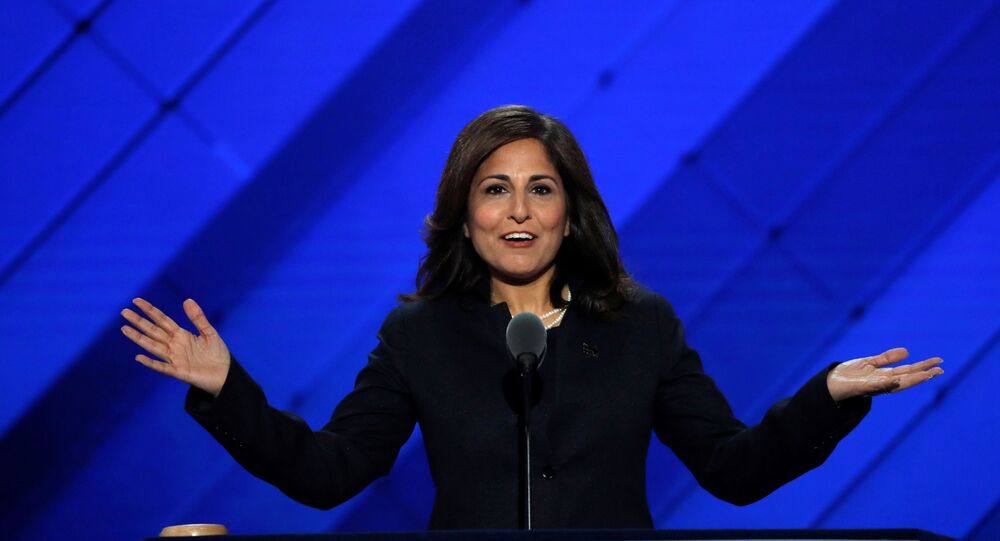 Major US media outlets project Democratic candidate Joe Biden to win the 2020 US presidential election. Although the incumbent president, Donald Trump, refuses to concede, he has ordered the transition of power to Biden's team, prompting the ex-vice president to pick candidates for crucial federal posts in his administration.

Neera Tanden, Joe Biden's pick for director of the White House Office of Management and Budget (OMB), previously criticized the Democratic candidate, who was then the US Vice President during the Obama administration, over Hillary Clinton's consideration of Biden's plans to run for president in 2016 election.

Tanden, a CEO of a liberal think tank, Center for American Progress, and a former policy director for Hillary Clinton’s first presidential campaign, stated in a leaked October 2015 email to a former chief of staff in Bill Clinton's administration, John Podesta, that she was confident in Hillary Clinton running for president, and that Biden would make her "look better" if he ran.

“The good thing about a Biden run is that he would make Hillary look so much better”, Tanden wrote at the time, according to the email. “What a mess today. Thanks for today and last night”.

According to Fox News, the alleged event she could have been referencing was likely to have been an event honoring former US Vice President Walter Mondale in Washington DC, in which Biden reportedly criticised Clinton.

At the Mondale event, Biden allegedly described his own leadership under Obama as more critical to its success than Clinton’s as the former secretary of state, and purportedly reproached her as "naive" for calling the Republican party her primary enemy.

Reportedly, he was referring to a 2015 Clinton statement she had made a week earlier, when she had been asked to name which enemy she has made in her career that she was most proud of. She happily responded with a list.

It is reported that Biden considered running against Clinton for the Democratic presidential nomination during that period. In a speech at the 2015 event, he allegedly said she was "great" as a secretary of state, but would not carry weight when speaking to foreign leaders, as he, by his own estimation, could.

The day after Tanden criticized Biden in an email he announced his withdrawal from the 2016 race for the Democratic nomination for president. According to the report, the Biden team has declined to comment on the email.

If Tanden is confirmed by the Senate, she will become the first Indian-American and first woman of color to serve as the head of a US presidential administration's OMB.