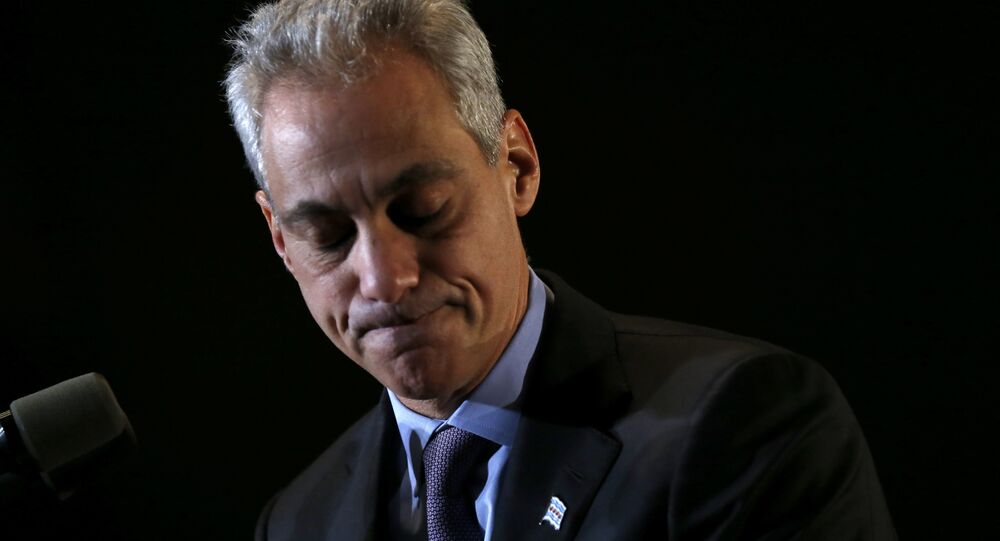 The earlier reports of Emanuel being recommended for the post received strong backlash from politicians of the so-called progressive wing of the Democratic party, who believe he is not qualified for the position.

Democrat Joe Biden is strongly considering Rahm Emanuel's candidacy for the head of the Department of Transportation, an Axios report said on Sunday.

According to former Secretary Ray LaHood, quoted in the report, the DOT position will matter a lot since AI technologies, including smart cities and drone-deliveries, are coming to the fore.

"You're talking about 20–25 percent of the economy", LaHood commented. "Everybody's on hold until they see what the administration is going to do about Rahm."

Media speculated earlier that Emanuel could be chosen for the post, which triggered criticism from a number of US politicians. Democratic congresswoman Alexandria Ocasio-Cortez complained on Twitter that Rahm Emanuel is not a suitable person for the position, accusing him of "covering up" the murder of Laquan McDonald. Emanuel served as the former mayor of Chicago at the time when 17-year-old McDonald was fatally shot by police. In January 2019, an officer was sentenced to nearly seven years in prison in connection with his death.

"It is shameful and concerning that he is even being considered", AOC posted.

The decision on the DOT chief will only be made after picks for the Defence and Justice Department are announced. At the same time, sources told Axios said that there are other candidacies from the pool of ex- and current mayors, including Los Angeles' Eric Garcetti, Atlanta's Keisha Lance Bottoms, and ex-South Bend Mayor Pete Buttigieg, who ran for the Democratic presidential nomination this year but dropped out to endorse Joe Biden.

While allowing for the power transfer to kick off, President Trump has sought to overturn the results in the key battleground states, accusing Democrats of mass fraud and irregularities in the election. The Trump campaign has filed numerous lawsuits in several states that will determine the outcome of the election, pledging to fight for legitimate votes.

While the official election results are yet to be announced, several key states, including Pennsylvania, have already certified Biden as their winner. The Electoral College is set to meet on 14 December to decide on who will be the next president of the United States.