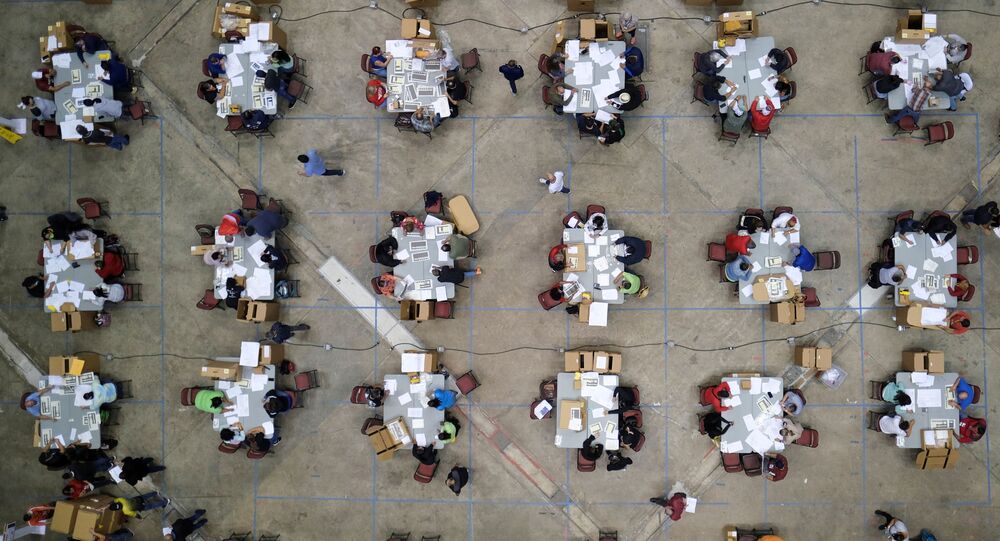 The Cybersecurity and Infrastructure Security Agency (CISA) has issued an apparent response to US President Donald Trump's claims of voter fraud, stating the 2020 election was the most secure to date.

The statement emphasised that the November 3rd election "was the most secure in American history".

The agencies added that states with "close results" in a presidential election have a "paper record of each vote", which creates an "added benefit for security and resilience".

"This process allows for the identification and correction of any mistakes or errors," the statement asserted.

According to government officials, despite "many unfounded claims and opportunities for misinformation about the process of our elections", they want to assure the American people that they have "the utmost confidence in the security and integrity of our elections".

"...and you should too," the statement maintained.

The CISA-published statement comes hours after Bryan Ware, assistant director for cybersecurity at the CISA, confirmed his resignation from the agency to Reuters. The White House requested his exit earlier in the week, according to a US official cited by the outlet.

This comes alongside the US president's campaign to investigate alleged wrongdoings and incidents of fraud in the election. Donald Trump has repeatedly claimed that the election is "rigged", with his campaign filing dozens of lawsuits across the country, citing a lack of transparency, the blockage of Republican observers from overseeing the process of vote counting and ballot back-dating. Most of these claims relate to the election-vote-rich states of Michigan, Georgia, Arizona and Pennsylvania.

The Trump campaign scored a small victory in Pennsylvania after Commonwealth Court President Judge Mary Hannah Leavitt moved to disqualify an inconsequential number of mail-in ballots sent in by first-time voters after it was unable to confirm their identities by 9 November.

Despite the legal win, Joe Biden, as projected by major media outlets, continues to hold the Electoral College votes he won in Pennsylvania on Saturday.

On Wednesday, US President Trump tweeted that he "easily" won the states of Pennsylvania and Michigan, as "hundreds of thousands of votes" should have "not be allowed to count".

Trump later added that Dominion Voting Systems, a company that makes voting machines, should be blamed for a loss of millions of votes said to be cast in his favour, citing a report from One America News Network.

​To add to the scrutiny, Fox News host Tucker Carlson unleashed a list on Wednesday night, which he said contained the names of dozens of deceased American citizens who have voted in US presidential election despite passing away. Some of them had died as long ago as 2003.