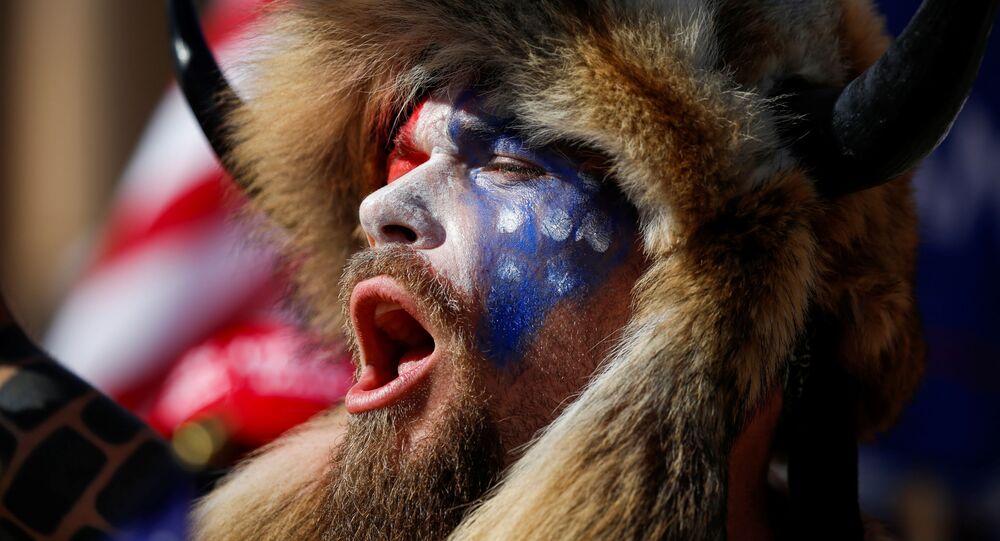 What are the Odds of Trump's Legal Cases Changing the 2020 US Election Outcome?

The 2020 presidential race results have yet to be officially certified amid legal challenges over the supposed election irregularities. Patrick Borchers, Lillis Family professor of law at Creighton University in Nebraska, has looked into the fraud allegations and explained how Team Trump's legal cases could affect the outcome of the US election.

On 9 November, the Trump campaign filed a lawsuit against Secretary of the Commonwealth of Pennsylvania Kathy Boockvar and seven county boards of election, alleging that they "have been and are blatantly violating the protections and procedures" necessary to ensure the election integrity. The next day, White House press secretary Kayleigh McEnany stated that the Trump lawyers have 234 pages of "sworn affidavits" concerning supposed election irregularities in one of Michigan counties.

As Donald Trump's attorney Rudy Giuliani revealed during Fox News Channel's Sunday Morning Futures, the president's team may possibly file up to ten lawsuits over purported election violations. Responding to mounting complaints over the alleged voter fraud, US Attorney General William Barr has issued a memo authorising federal prosecutors "to pursue substantial allegations of voting and vote tabulation irregularities prior to the certification of elections".

Sputnik: What's your take on Barr's decision? What legal basis, if any, does it have?

Patrick Borchers: I think Barr’s memo is of little practical consequence. Voter fraud is a federal crime if there is a federal candidate on the ballot, as there obviously was in 2020. United States Attorneys have the power to prosecute voter fraud, and Barr’s memo did little more than remind them of it. Even then, it was couched in careful language that it had to be a substantial or significant instance. Documented instances of voter fraud are very rare, with even conservative organisations only being able to point to at most about 200 across all reported elections. It’s easy to see why individual voter fraud would make little rational sense. The penalties are significant and the chances that an election will be decided by one or a few votes are low.

Sputnik: The president's attorney, Rudy Giuliani said that by the end of this week the Trump campaign may file four or five lawsuits in US states, including Pennsylvania, Michigan, and Georgia. He did not rule out that number increasing. What do you make of Team Trump's effort to challenge the results of the election in local courts? Under what circumstances will these lawsuits translate into full-fledged litigation?

Patrick Borchers: If the President is serious about this, he needs a better lawyer than Giuliani. There does not appear to be any coherent theory of the suits. In rare instances, it is possible to have a re-vote in a fraud tainted election. Probably the best known case was a 2018 House of Representative race in which the Republican candidate appeared to have defeated the Democratic candidate by 905 votes. However, it was proved in a hearing before election officials that a political operative had ordered 1,200 absentee ballots for voters in the district, filled them out in favor of the Republican candidate, and then sent them in, which is illegal under North Carolina law. The Republican candidate agreed to a re-vote, which he narrowly lost.

However, note the extreme facts in the North Carolina case. The fraud was well documented and could be proved to have changed the outcome. Even in the closest states that are being contested, Biden’s margin is well over 10,000 votes. In Michigan, one of the states in which suits are being filed, the margin is over 140,000 votes. The chances of being able to document fraud of that many ballots seems to me to be very low.

© REUTERS / MARK MAKELA
Carri Dusza, a supporter of President Donald Trump, holds a placard stating "LEGAL VOTES ONLY" while shouting across the street at supporters of President-elect Joe Biden the day after a presidential election victory was called for Biden, in Philadelphia, Pennsylvania, U.S. November 8, 2020.

Sputnik: While some widespread claims concerning alleged election fraud have already been busted, there are still a number of concerns that apparently require examination: first, Republicans have not been able to observe the counting of ballots in some states; second, the GOP calls for examining an election software glitch in Antrim County (MI), suggesting that similar glitches could have occurred in other polling places using the same technology; third, according to the Public Interest Legal Foundation (PILF), there are at least 21,000 dead people on Pennsylvania’s voter rolls which apparently means that the state failed to “reasonably maintain” their voter registration records. What's your take on these allegations? Do you think US states need to sort the things out to restore the public’s trust in the system's integrity?

Patrick Borchers: All failures to ensure the security of elections are concerning. However, the counting of ballots is observed by members of both major parties. The issues had to do with outside persons not being allowed to observe the ballots being counted. As to the Michigan software glitch, given Biden’s lead of over 140,000 votes it seems unlikely that anyone could make a reasonable case that it affected the outcome.

As to deceased persons being on the voting rolls, this is an inevitability. It’s difficult for election officials to cross-reference death records and quickly update them. Because many states run legacy software packages that don’t speak to each other, the issuance of a death certificate may not be communicated to election officials immediately. States running these antiquated systems need to invest in better software.

It is concerning if a ballot is cast or requested on behalf of a dead person. One foolish man in Florida, a Democrat, requested an absentee ballot in the name of his deceased wife and was caught because the handwriting on the application didn’t match. He said he was trying to “test the system,” but now he’s facing felony charges.

Sputnik: Georgia Secretary of State Brad Raffensperger earlier announced that the state would conduct a recount. What are the odds of ballots being recounted in other states where vote totals show a razor-thin margin? Could it affect the outcome of the 2020 election in any meaningful way, in your opinion?

Patrick Borchers: It looked at one point as if Georgia might fall into the range of a few hundred votes like Florida did in 2000. However, now Biden’s lead is over 12,000 votes. This is a very thin margin by percentage (about 0.2%) but a fairly large number in absolute terms. Voting technology improved dramatically after the disastrous Florida recount of punch card ballots. Now, essentially all voting is done by voters filling out Scantron ballots, in which the voter colors in the oval by his or her preferred candidate. The ballots are optically scanned and tabulated by machine.

The advantage of this is that there’s a paper trail as to the vote, so the ballot can be inspected by hand if necessary. It’s also more accurate. In 2016, there was a recount in Wisconsin, a state that President Trump won by about 20,000 votes. The recount increased his lead by about 100 votes. Given that, I think it’s unlikely that a recount in Wisconsin, Georgia, or any other state will alter the outcome.

The nature of the ballots is the reason the tallies shifted dramatically in states like Pennsylvania is that election officials were not allowed to start processing mail ballots until Election Day on 3 November. President Trump’s supporters primarily voted in person, while Biden’s supporters voted by mail. Thus Trump led by about 600,000 votes based on the in-person tally, but as mail ballots were counted Biden overtook him and leads by over 40,000 votes. All that remains to be counted in many states are “provisional” ballots. Provisional ballots are those that are cast by people who registered that day, changed addresses, or for some reason it is not clear whether they are eligible to vote. It’s a time consuming process to ascertain whether a provisional ballot is to be accepted. Generally provisional ballots trend Democratic.