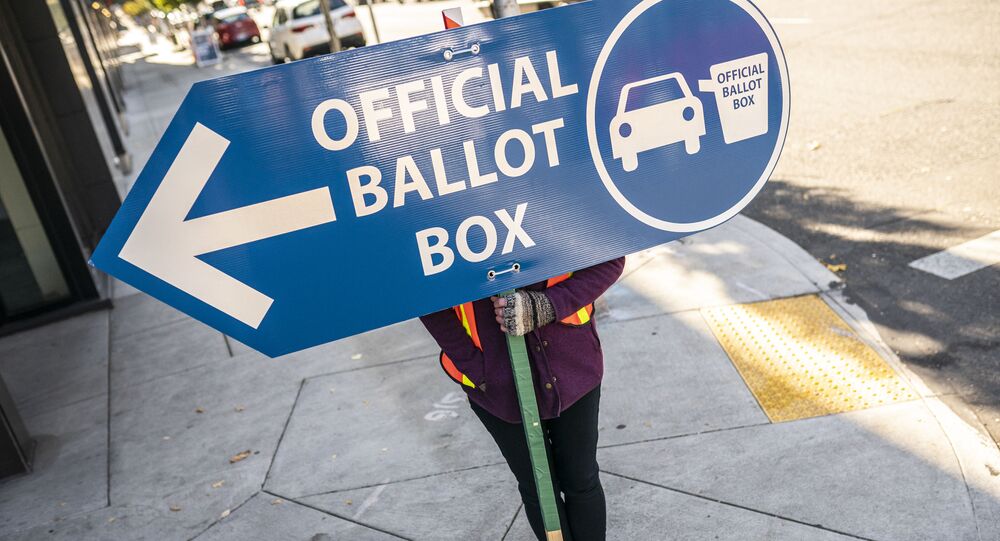 The Trump campaign is contesting the results of the election, citing fraud and irregularities, including the use of "dead souls" – the filing of ballots using the names of people who had died.

The list, presented during his show on Wednesday night, contained the names and dates of death of dozens of American citizens – some who had passed away as long ago as 2003.

While the ballot choices of the deceased voters were not disclosed, the host conjectured that they'd picked Biden.

The host lashed out at the mainstream media for being "totally vested in a Joe Biden presidency" and for not covering the alleged fraud in the election, claiming they are doing this deliberately.

Carlson claims the alleged election fraud has been facilitated through voting by mail. "Dead people tend to vote more often when you make it easier for them to vote", he explains.

"The pretext was COVID. 'We had to do this for public health reasons', remember? 'We had no choice! It was a public health emergency!'", he said, apparently making a parody of local governors. "The effect was to encourage fraud", Carlson concludes.

Carlson drew Nevada as an example, where ballots were sent to "every single registered voter" in the state, whether they requested those ballots or not, and where more than 40,000 registrations have not been updated for 10 years. Carlson assumes that those ballots could be sent to dead people, received, and then cast by someone else.

According to the Fox News host, false allegations of election fraud, however, could cause as much trouble.

The dramatic US election on 3 November that pitted Donald Trump against Joe Biden reached its breaking point on the fifth day of ballot counting, when the US major media projected the former vice president as the winner.

Biden quickly accepted the role of the president-elect, yet Trump refused to concede and vowed to challenge the result of the vote in several game-changing states, claiming the process had been fraught with irregularities and foul play.

In particular, the Trump team maintained that a substantial number of ballots were cast by dead people, citing Pennsylvania as an example.

US media also reported that absentee ballots were cast by deceased Americans in New York and Florida.

Most recently, the Trump campaign managed to have the authorities of Georgia perform a full manual recount of ballots cast in the presidential election, due to the closeness of the results.