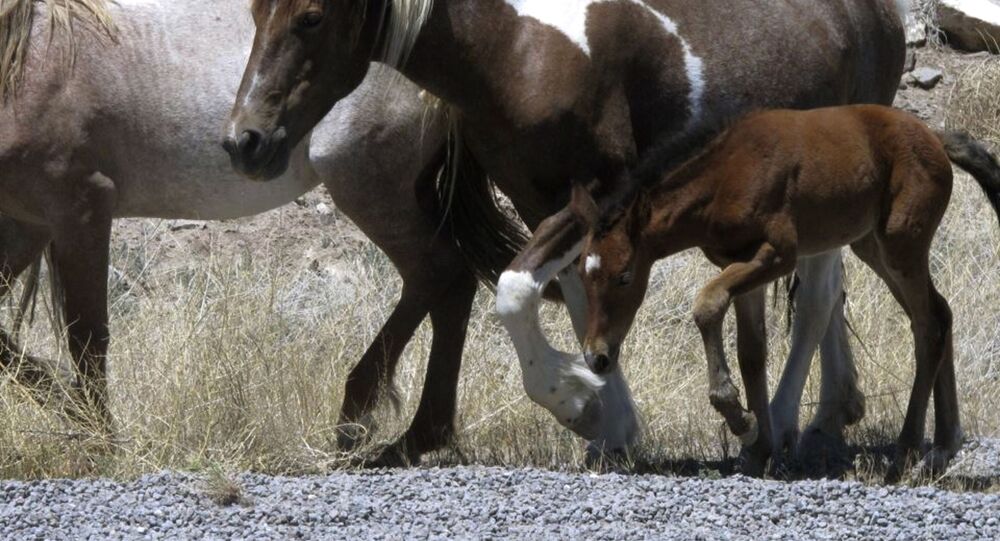 According to the couple, Gale and Marietta Shell, their young horse, a filly, was shot and killed on the evening of 7 October, in Colfax County, north of Springer, a small town in northeastern New Mexico, near the Colorado border.

Gale and Marietta Shell, a couple living in New Mexico, believe that their $4,500 filly was killed earlier this month due to their outspoken support for US President Donald Trump, the Piñon Post reported.

Marietta said that the property in which the horse was kept is located in the town of Springer within Colfax count in New Mexico near Route 25, a major north/south US thoroughfare. She added that the premises has a large display of pro-Trump flags on tall poles, which has convinced the couple that it is the potential reason for the purported killing of the horse.

The woman claimed that being around horses serves as therapy for a medical condition suffered by husband, adding that they have been working with horses for over five decades.

“This type of thing is so hard for him because he is really really attached to the horses. It was just absolutely heartbreaking,” Marietta said to the local paper, adding that they have “always had horses and it’s the best therapy in the world for my husband.”

Shell noted that it was the first incident of its kind, and suggested that the shooter may have had to stop on the highway and position themselves near a specific location to make the shot, as the horse was reportedly located inside a corral fence and not visible from the highway.

The incident was reported to the Colfax County Sheriff’s Department and the local Livestock Board. No arrests had been made as of Tuesday, according to Fox News.

The incident takes place less than a month before the US 3 November presidential election, in which Republican President Donald Trump is running for re-election against the Democratic candidate and former US vice president, Joe Biden.