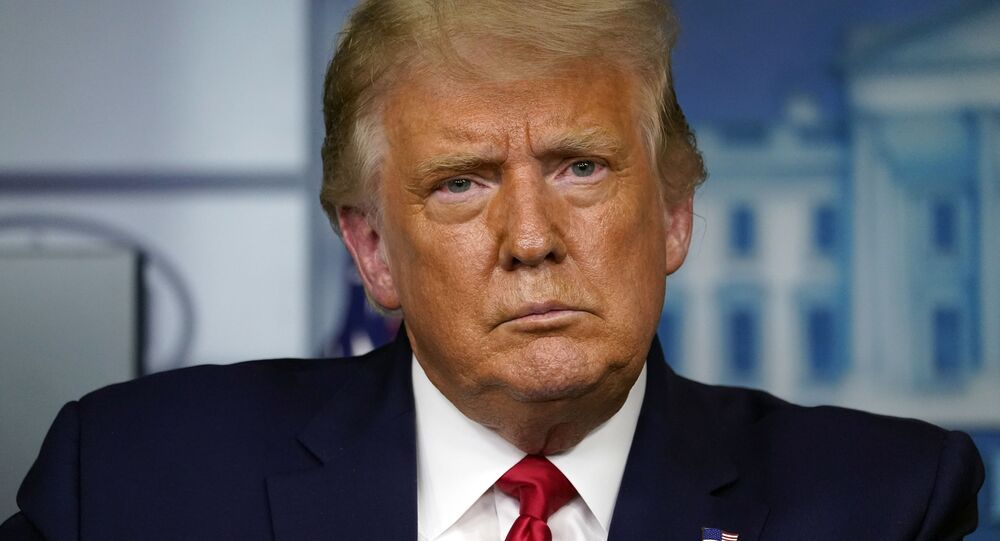 The New York Post recently published a story which referenced emails alleged to belong to Hunter Biden, the son of the Democratic presidential candidate Joe Biden, that, according to reports, suggest that the two may have been involved in illegal dealings in Ukraine. The Biden campaign has denied the claims.

US President Donald Trump called upon his attorney general, William Barr, to “act fast” and launch a probe in relation to allegations surrounding business in Ukraine that was said to have been conducted by the son of Democratic presidential candidate Joe Biden. Trump has also demanded that relevant information, if any, be released before 3 November, according to Tuesday comments made by the president via telephone on the “Fox & Friends” news programme.

“He’s gotta appoint somebody,” Trump said during the cable show, adding, “this is major corruption and this has to be known about before the election.”

Earlier, a group of House Republicans asked Barr to appoint a special prosecutor to investigate allegations of corruption by the Biden family. The US Justice Department has not commented on Trump’s demands.

The president’s comments relate to allegations made in the New York Post last week, with a story that suggested that Hunter Biden had helped to organize a meeting between his father, the then-US vice president tasked with overseeing American policy toward Ukraine, and a top executive of the Ukrainian energy firm Burisma, Vadym Pozharskyi. Hunter Biden was at the time serving on the board of directors of the company. The allegations were said to have taken place shortly before Biden was claimed to have brought pressure on officials in Kiev to fire the country’s prosecutor general who was investigating Burisma in relation to allegations of corruption.

Joe Biden has long denied involvement in his son’s business dealings in Ukraine, and his campaign has consistently noted that no meetings were listed in the former vice president’s official schedule during that period.

The Post referenced an alleged email correspondence between Pozharskyi and Hunter Biden, which was claimed to have originated from the latter’s laptop. The authenticity of these emails has not been confirmed, but, if proven, would question Joe Biden’s earlier claims.

According to Trump's comments, Democratic presidential candidate contender Joe Biden “should be in jail” as a result of his alleged wrongdoings. The US president earlier referred to his election rival's family as “organized crime”.