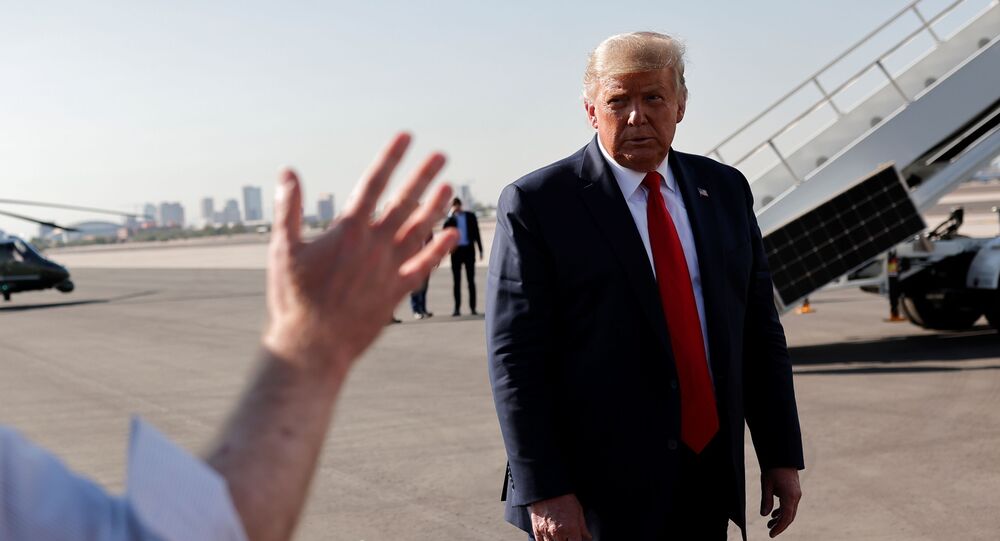 After storming out of a “60 Minutes” taping at the White House, US President Donald Trump says he’s considering posting a presumably unedited version of his interview with journalist Lesley Stahl.

“I am pleased to inform you that, for the sake of accuracy in reporting, I am considering posting my interview with Lesley Stahl of 60 Minutes, PRIOR TO AIRTIME!” the US president’s account tweeted Tuesday evening.

“This will be done so that everybody can get a glimpse of what a FAKE and BIASED interview is all about … Everyone should compare this terrible Electoral Intrusion with the recent interviews of Sleepy Joe Biden!”

Trump’s tweets were issued alongside reports, published by the New York Times and other outlets, claiming 45 abruptly ended the taping of a “60 Minutes” interview with him on Tuesday.

The disagreement between Trump and the popular CBS program was allegedly prompted by Stahl’s questions.

“One person briefed on what took place said that Mr. Trump had spent more than 45 minutes filming with Ms. Stahl and her CBS News crew, and that the taping had not wrapped up when the president’s aides had expected it to,” reported the Times.

Two sources told the Times that not only was the interview cut short, but Trump also refused to participate in a separate walk-and-talk segment with Stahl and US Vice President Mike Pence.

The US president also posted a video of Stahl at the White House on Tuesday, mocking her for not wearing a mask, though the Times reported that the journalist had worn one until the interview began.

Lesley Stahl of 60 Minutes not wearing a mask in the White House after her interview with me. Much more to come. pic.twitter.com/0plZG6a4fH

Democratic presidential nominee and former US Vice President Joe Biden previously taped a “CBS Evening News” segment with anchor Norah O’Donnell on Monday. He has yet to publicly comment on that interview.

Though it’s unclear if Trump will actually post an unedited version of the interview, the segment is scheduled to air during the October 25 broadcast of “60 Minutes” at 7 p.m. EDT.