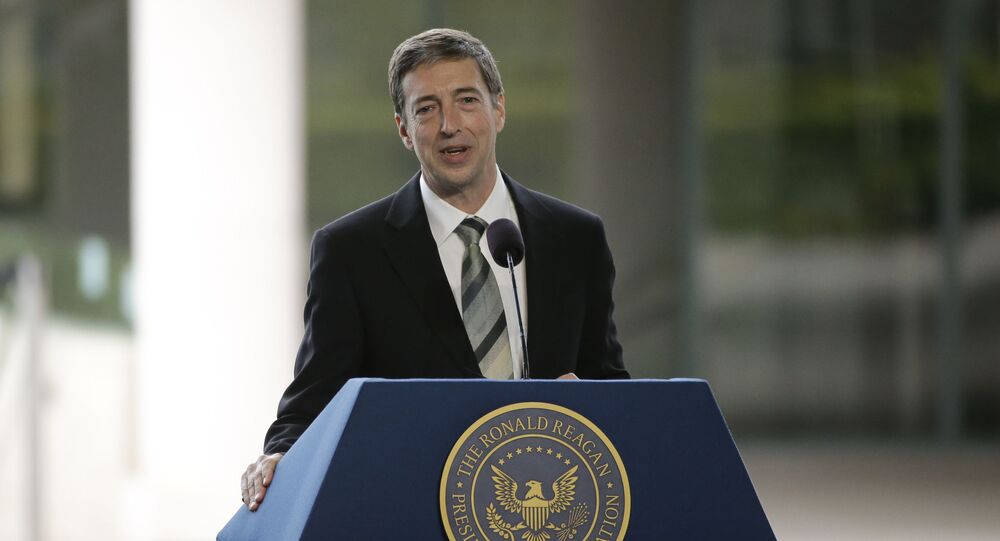 Ron Reagan, son of the former US President Ronald Reagan, spoke with CNN's Ana Cabrera on Sunday, following the airing of an episode of the station’s ‘First Ladies’ series about his mother, ex-FLOTUS Nancy Reagan. The US president’s son opened up on a number of topics, including the Republican Party and Trump’s children working at the White House.

Former US President Ronald Reagan’s son, Ron, during an interview with CNN's Ana Cabrera on Sunday, blasted the children of President Donald Trump as “a bunch of grifters” in the White House.

The son of the 40th US president and his wife, Nancy, Ron Reagan said that Ivanka Trump and her husband, Jared Kushner, who are both employed as senior advisors to the US president, are not qualified to work at the White House and that they are treating their father’s presidency “as a grift”.

“Well, they’re certainly entitled to go campaign for their dad,” Reagan told Cabrera when asked to comment on the Trump children's White House service.  “My eldest brother and sister did that, and there’s nothing wrong with that. When you cross the line is — I hate to say it here and I don’t mean to be blunt — but we’ve got a bunch of grifters there in the White House. They’re treating this as a grift.”

Reagan pointed out that the Trump family is “mixing business with pleasure” or “business with statecraft”, adding that the 45th president’s daughter and son-in-law “have no qualifications whatsoever” to work as White House senior aides.

It is remarkable that Ivanka Trump was employed as an executive vice president of the Trump Organisation prior to her father’s presidency, while her husband has worked as an investor, real-estate developer and publisher.

During the interview, the former president’s son, a liberal political commentator who does not share his Republican father’s views, opened up about what his famous father would think about the Republican Party of the present day. He said that his father would be “horrified” by the current party and that the current White House would “shock him”.

“It's gonna be a dark road or a more progressive road. I don't think going back to the days of Ronald Reagan is the answer for the Republican Party but they don't have much else and Donald Trump has done a tremendous amount of damage to this party,” Reagan observed. “The spinelessness in the face of this pathological entity in the White House right now would shock him. I know his character and I know what would horrify him and I know this administration would.”

Ron Reagan has repeatedly criticized Trump. In January, in an interview with the Daily Beast, he made similar remarks about Trump and the GOP, suggesting that his late father would have never have given his voice to Trump and would think of him as “a traitorous president who is betraying his country.” He also slammed the GOP as “a dying party”, adding that his father “would have been ashamed” of it.

“My father would have been ashamed of this Republican Party. He would have been embarrassed and ashamed that a president of the United States was as incompetent and traitorous as the man occupying the White House now. He’s a disgrace to the office of the presidency,” Reagan told the website at the time.

Ronald Reagan, a Republican and a former Hollywood actor turned California governor, served two terms as the 40th President of the United States in the period between January 1981 and January 1989. He died of pneumonia on 5 June 2004.

American Idol: US Forced to Put Reagan Statue on Berlin Embassy Grounds Due to Opposition