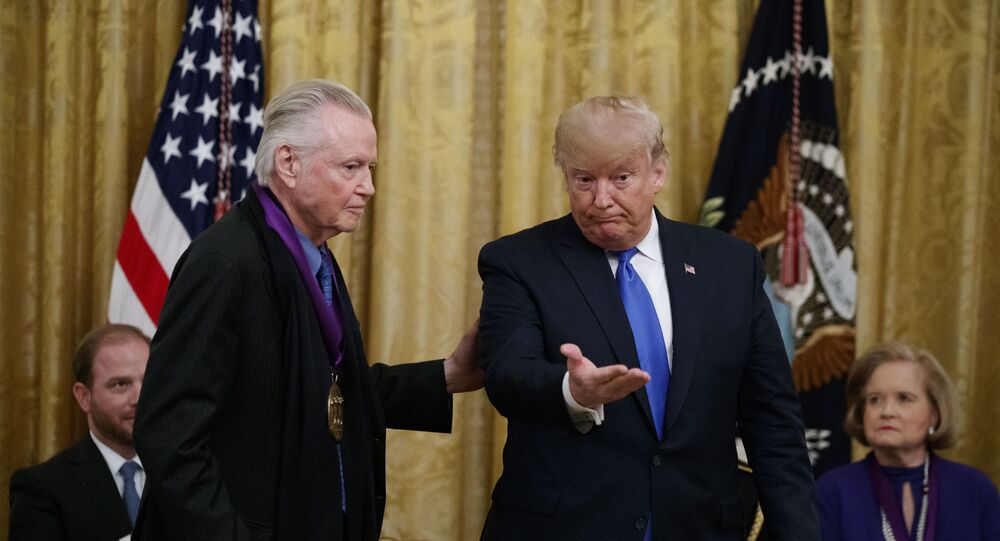 The father of Hollywood star Angelina Jolie has been an outspoken supporter of the incumbent president, Donald Trump. With Election Day looming, he rushed to reiterate his support for POTUS, who he previously described as a “true patriot”.

“He [Trump] will bring back the people’s trust. These leftists are not for the American people. It's the biggest cover-up ever,” Voight said in a two-minute clip posted on Twitter.

Four-times Golden Globe winner Jon Voight also stated in his speech that Biden was “the extension of the policies of Obama that weaken America”, something he said should not be allowed to happen again, as he accused the left of being “deceitful” and destroying the county with their “lies”.

In the meantime, he called President Trump “a man of integrity” who loves America.

Trump, who hosted Voight in the White House last year to award him with the National Medal of Arts, shared the clip with his Twitter followers, while thanking the actor for this “great honour”.

John, thank you. Such a great honor! https://t.co/2NBZXFIoql

In May, Voight sent a similar appeal to his fans with his video “message of hope”, where he praised Trump as being a “true patriot” who will protect America “till the end, with dignity, honour, respect and love”. He also previously called the last year’s impeachment proceedings against POTUS a “war against truths” and “against the highest noble man”, while also stepping up his criticisms against the president’s vocal haters.