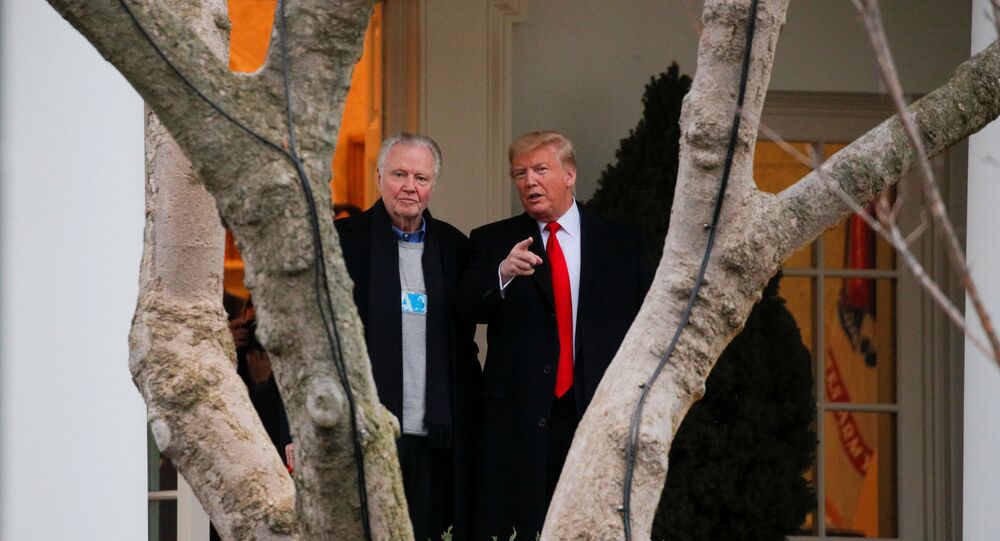 Hollywood veteran actor Jon Voight expressed his support for US President Donald Trump and his administration in a recently published video.

Ray Donovan star Jon Voight has criticized House Speaker Nancy Pelosi accusing her of posing a "threat" to the US and saying that her soul has "evil intent".

“This Pelosi woman and her cohorts are a threat to the United States of America. She has a link that is corrupt, her soul has evil intent ", Voight said in a video published on his Twitter account on 7 February.

Angelina Jolie's father continued, saying that he was watching the president's State of the Union speech with "pride and tears", adding that he was moved by Trump's "words of wisdom".

“We will stand in the name of God. We will stand with President Trump for he is the greatest president ", he stated.

The Glory Of A Nation pic.twitter.com/IvvyQV2AVL

The Oscar-winning actor also called Trump "the greatest president since Abraham Lincoln". Donald Trump awarded the National Medal of Arts to Jon Voight in November, stressing that he as an actor of "astonishing range and depth".

The statement comes after Nancy Pelosi tore up the presidential State of the Union speech for a national television audience to clearly see. The US media also pointed out that Pelosi did not introduce Trump in a traditional way, ignoring words "I have the high privilege and distinct honor". Instead, Pelosi simply said, "Members of Congress, the president of the United States".

© AP Photo / Alex Brandon
Video Shows Nancy Pelosi ‘Pre-Ripping’ Pages of Trump’s State of the Union Speech
On 5 February, the Republican-majority US Senate voted 52-48 to acquit Trump on impeachment charges for abuse of power and obstruction of Congress.

The impeachment process started in September, the Democrat-led House of Representatives launched an impeachment inquiry into the president over his 25 July telephone call with Ukrainian President Volodymyr Zelensky in which Trump allegedly asked officials in Kiev to probe rival presidential candidate Joe Biden.

On 19 December, the House of Representatives voted along party lines to impeach Trump for abuse of power and obstruction of Congress for allegedly freezing military aid to pressure Ukraine to probe political rival, Joe Biden.