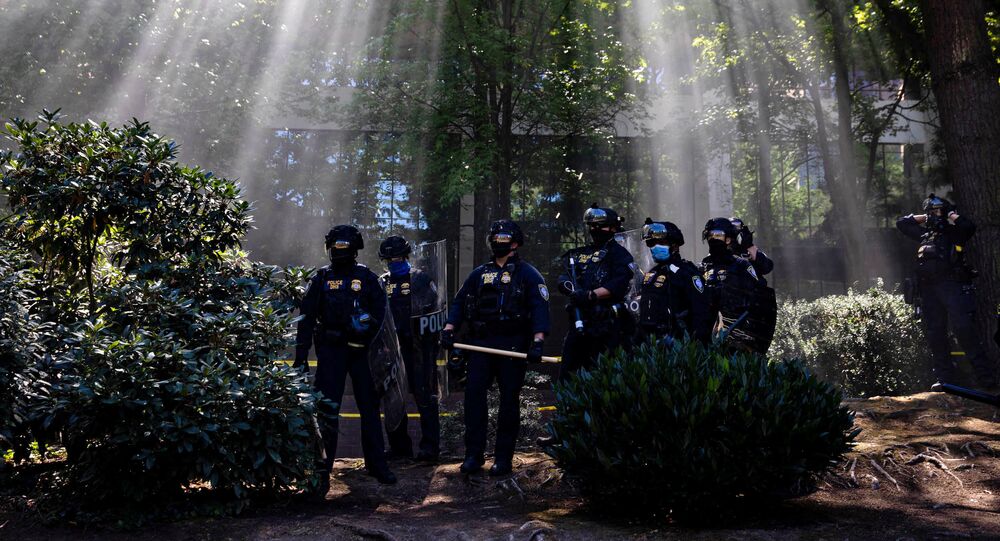 Demonstrations across Portland, Oregon have continued through the year, beginning with the death of George Floyd and other African American men at the hands of United States law enforcement. The protests have emerged in opposition to what they claim is inherent racism within the police force.

Anti-racism protests in Portland came to a swift end when law enforcement cracked down and arrested attendees outside the Police Bureau’s North Precinct.

Around 40 protesters stood on the North Precinct Building's driveway just after 10 pm on Saturday in what was the 123rd night of demonstrations. They were ordered to move onto the sidewalk by police but in an act of civil disobedience, the demonstrators ignored the demands.

Most of the people standing in the street were arrested and the demonstration was ended.

​Within minutes, the police Rapid Response Team wearing riot fear surrounded the group and the arrests ensued. 26 people were detained and taken to Multnomah County Detention Center, according to a press release from Portland police.

Sgt. Kevin Allen wrote in a statement that “the crowd’s posture, including their armored attire" indicated to officers that another event was about to take place which could lead to “arson, riots, and assaults on officers".

“Intentionally blocking vehicular traffic is a crime, and we notified everyone there that they were subject to arrest”, Sgt Allen said.

He added that the arrests outside the North Precinct were “targeted” towards those who were breaking the law.

Following the arrests, Oregon Justice Resource Center, a civil rights-focused legal group condemned the police actions on Sunday claiming that the detainment of protestors restricted free speech and indicated an "authoritarian" trajectory in the city.

“If we do not immediately rein this in and suspend or terminate every law enforcement officer who has engaged in misconduct or violence over these past months, then we are continuing to put ourselves on a dangerous path towards authoritarian practices resulting in continued, profound trauma to the community who are standing up for racial justice and against police brutality”, Singh added.

​He urged local leaders to find the "political will to hold PPB and other law enforcement agencies accountable". Singh called directly to Mayor Ted Wheeler of Portland to "at a minimum, step aside as police commissioner and allow Commissioner Hardesty to take over; he is no longer credible in this position".

The majority of the 26 demonstrators were charged with interfering with a peace officer and disorderly conduct in the second degree. One was charged with carrying a concealed weapon.

Most charges against protestors of low-level offenses have been dropped. Multnomah County District Attorney Mike Schmidt’s office has instead focused efforts towards prosecuting those responsible for causing harm or property damage.

Last month, the US Department of Justice designated Portland, as well as other cities with ongoing protests such as New York City and Seattle as permitting "anarchy", allowing the administration to restrict funding for the cities.

The protests in Portland, Oregon broke out in May following the death of George Floyd at the hands of law enforcement in Minneapolis. The gatherings have continued periodically for months due to the killings of other African American men by police leading to a further inflaming of tensions.