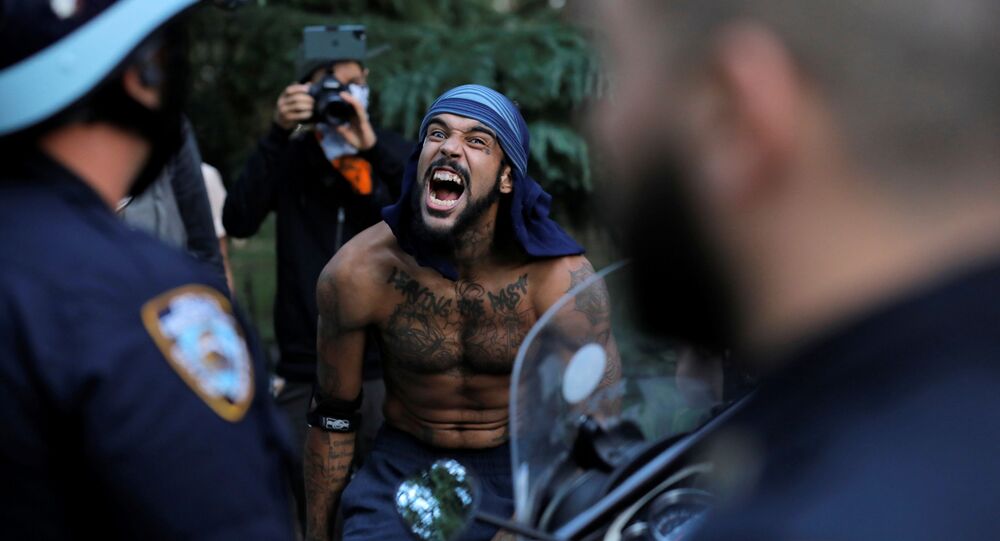 In early September, US President Donald Trump issued a memorandum directing administration officials to review and consider cutting funding to cities unable to prevent the establishment of lawless zones.

The US Department of Justice has designated New York City, Portand and Seattle as jurisdictions that allow "anarchy" in a move that will allow the federal government to restrict funding for the cities, according to a statement released on Monday.

"The US Department of Justice today identified the following three jurisdictions that have permitted violence and destruction of property to persist and have refused to undertake reasonable measures to counteract criminal activities: New York City; Portland, Oregon; and Seattle, Washington," the statement said.

​“We cannot allow federal tax dollars to be wasted when the safety of the citizenry hangs in the balance. It is my hope that the cities identified by the Department of Justice today will reverse course and become serious about performing the basic function of government and start protecting their own citizens,” Attorney General William P. Barr said, commenting in the designation.

In case of New York shootings in July and August 2020 increased by 177% and 166% respectively, while the city council cut $1 billion from the police budget for 2021 fiscal year, according to the Justice Department.

Portland saw over 100 consecutive nights of protests marred by vandalism, chaos, and even killing, while the council slashed $15 million from the police bureau, and the mayor sent a letter to President Donald Trump rejecting the offer of federal law enforcement.

The list of Democrat-run cities comes in response to a memorandum issued by President Donald Trump on September 2 instructing the Justice Department to identify cities that are "permitting anarchy" so that federal funds to the jurisdictions can be restricted.

Protests against racism and police brutality have erupted across the United States since the death of black Minneapolis resident George Floyd, often growing into acts of violence against police and local residents, vandalism, arson, and looting.