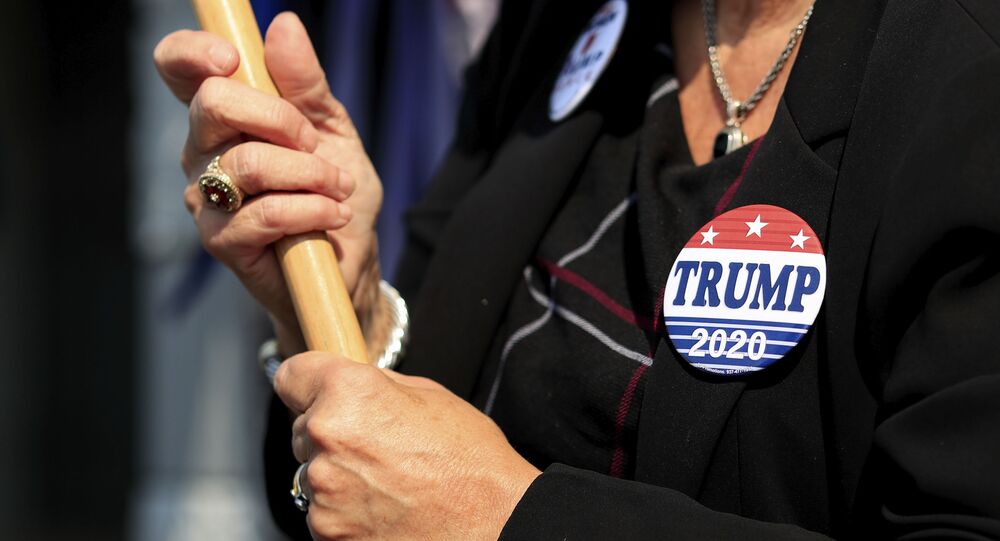 Donald Trump said on Tuesday night that he had declassified relevant documents implicating key Democratic party members, pertaining to what he labeled “the single greatest political crime in American History, the Russia Hoax”.

Attorney General Bill Barr has reportedly dashed Republicans’ hopes of witnessing any charges as a result of an investigation into the origins of the Russia probe before the 3 November election, a senior White House official and a congressional aide have been cited as telling Axios.

The report on the sweeping review, led by US Attorney John Durham, was anticipated to be a bombshell that would shed light on what the Republicans claim were serious abuses by the Obama administration and intelligence community.

The latter, according to Donald Trump and his allies, had sought to substantiate their allegations of a connection between President Trump and Russia by spying on his campaign.

"This is the nightmare scenario. Essentially, the year and a half of arguably the number one issue for the Republican base is virtually meaningless if this doesn't happen before the election," the GOP congressional aide was cited as telling the outlet.

President Donald Trump earlier in a FOX Business interview deplored the lack of consequences for Hillary Clinton and other members of the Obama administration for launching an investigation into alleged Russian interference in the 2016 election.

On 8 October the president said "these people should be indicted", slamming Attorney General Bill Barr and the Justice Department for moving too slowly on the investigation.

"These are people that spied on my campaign – and we have everything – and now they say “we have much more,” and I say, “[Attorney General] Bill [Barr], we got plenty, you don't need anymore,”” Trump said.

The US President added, addressing the host, Maria Bartiromo:

There has not yet been any official comment from the Justice Department or the White House.

Earlier, President Donald Trump announced that he had authorised the full declassification of the documents pertaining to the "Russia hoax" and the scandal surrounding the e-mails of the former Democratic presidential candidate Hillary Clinton.

As Trump tweeted the news on 6 October, he added in a follow-up tweet that while all Russia Hoax information had been declassified by him long ago, "people acted very slowly".

​The moves by Donald Trump came in the wake of reports suggesting that the plan to "tie" Trump to Russia ahead of the 2016 US presidential election had been concocted by Hillary Clinton to divert public attention from the controversy around her e-mails.

Reports that she had used a private server instead of a government one to deal with all her correspondence since when she served as Secretary of State first emerged in March 2015.

While Clinton, the Democratic Party nominee in the 2016 presidential election, insisted she had opted for the private e-mail server as a matter of "convenience", her decision sparked heated debates, with some believing she had violated federal law.

In July 2016, ex-CIA director James Comey determined that while Clinton had been “extremely careless”, the results of the investigation into the e-mail scandal did not provide grounds to prosecute her.

Despite a lack of evidence to substantiate the allegations, Donald Trump has been forced to fend off claims that he had collaborated with the Russian government during his 2016 election campaign.

Moscow has likewise repeatedly denied any connections with the Trump campaign or other alleged meddling in the US electoral process.

In 2017, Robert Mueller launched a special probe into the accusations of the Democrats. At its conclusion, two years later, in March 2019, a 448-page report stated that no evidence had been found of any links of the Trump campaign to the Russian government.