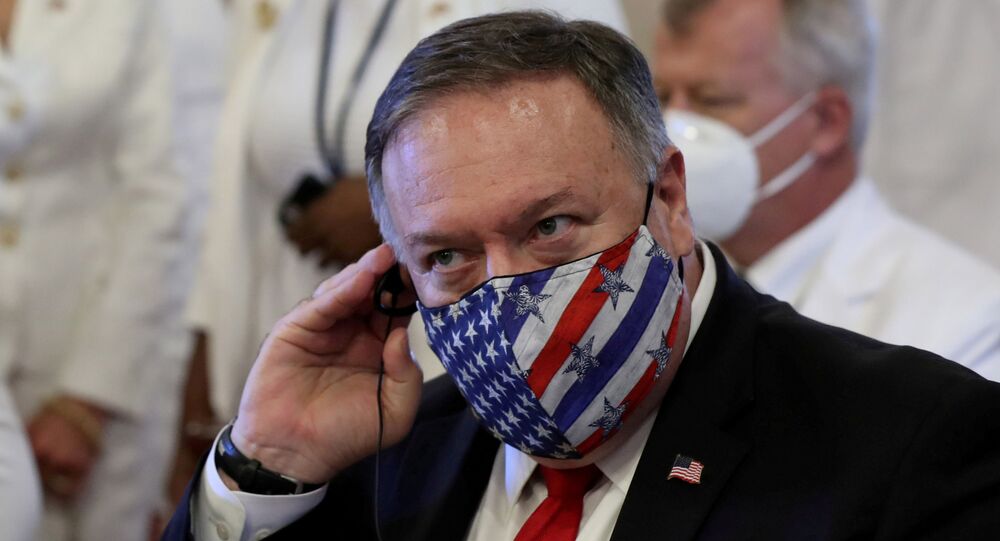 The controversy around the e-mail correspondence of former US Secretary of State Hillary Clinton was sparked after a 2015 report by the NYT claimed that she had used a private e-mail server for much of her online correspondence, instead of that of the government, with many suggesting that she had broken a federal law.

US Secretary of State Mike Pompeo told Fox News in an interview on Friday that he and his office are working to release the e-mails of Hillary Clinton before the 3 November presidential election.

The top US diplomat also stressed that the release would be done in a way that "protects the intelligence sources that we need to protect".

His remarks come after hints from Trump, who in a Thursday interview with Fox Business took verbal shots at Pompeo and Attorney General William Barr, denouncing the two for not moving fast enough to get the emails out.

Trump has been ramping up his case for additional Hillary Clinton email releases, after he announced a "total declassification" of documents related to what he dubs a "Russia hoax" and a Clinton scandal that roots in 2015. The president also said to have ordered the declassification long ago, but complained that "people have acted very slowly".

At the time, one of Pompeo's predecessors in the position of Secretary of State, Hillary Clinton was revealed to have been using a private server for her work-related correspondence and ignoring a government one, citing "convenience". After she was denounced for potentially violating federal law during her 2016 presidential campaign, an investigation was launched - however, it did not result into prosecution, although FBI said that Clinton had been "extremely careless".

Now, Trump apparently wants to revive the case, some time before Pompeo's interview telling the conservative radio host Rush Limbaugh that Clinton "should be in jail". His efforts come as new documents emerge suggesting that, in order to distract attention from the email scandal, Clinton masterminded the plot to "tie" Trump's 2016 election campaign with Russia. Trump's alleged "collusion", however, was dismissed not only by POTUS himself, but also by Moscow and special investigator Robert Mueller finding no evidence to back the suggestions in his report on the matter.