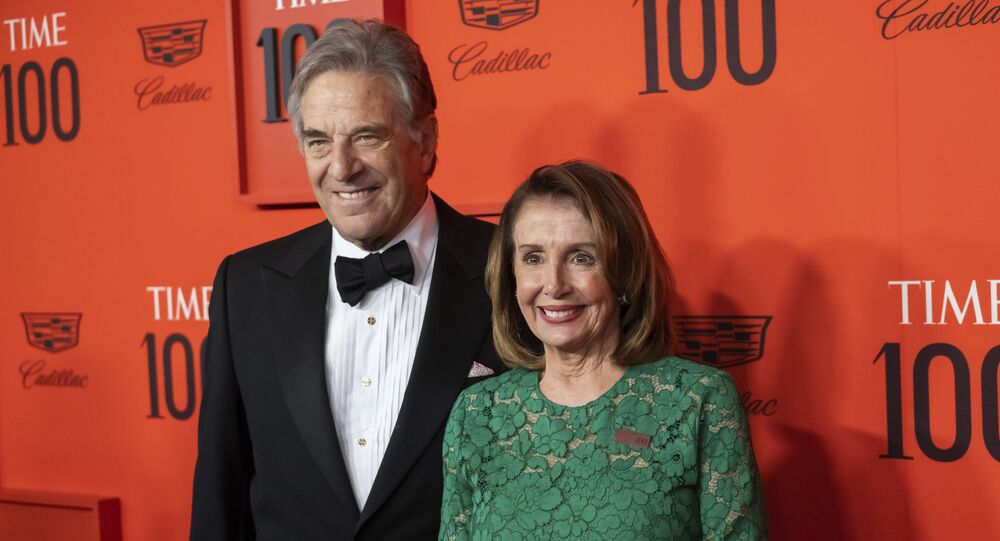 Back in 2016, the Democratic National Committee suspected a breach in its computer systems and hired California-based cybersecurity firm CrowdStrike to investigate the potential hack. The company eventually accused Moscow of malicious activities, setting off a multiple-year-old saga that later became known as Russiagate.

Recently-filed financial disclosures from House Speaker Nancy Pelosi and her husband Paul Pelosi showed that the couple had invested between $500,000 and $1 million in CrowdStrike, the company that pioneered accusations that Russia had sought to tamper with the US presidential election back in 2016, according to a report by by RealClear Investigations journalist Aaron Mate.

The purported transaction was made on 3 September 2020, when Pelosi’s family purchased stock in the company at a price of $129.25; it has now risen to $142.97. According to CrowdStrike’s financial disclosures, between 2016 to 2017, the company had contributed $100,000 to the Democratic Governors Association.

Commenting on the revelation, Pelosi’s spokesman Drew Hammill said that the House Speaker herself “is not involved in her husband’s investments and was not aware of the investment until the required filing was made”.

“Mr. Pelosi is a private investor and has investments in a number of publicly-traded companies.  The Speaker fully complies with House Rules and the relevant statutory requirements,” Hammill explained.

However, according to the investigative journalist, “the Pelosis' sizeable investment in CrowdStrike could revive scrutiny of the company's involvement in the Trump-Russia saga since the Democrats' 2016 election loss.”

In April 2016, the Democratic National Committee hired CrowdStrike, a cybersecurity tech company presided over by Shawn Henry, who previously worked as an assistant director at the FBI under Robert Mueller, to investigate a potential breach in its systems.

Later that year, the company claimed that it was Russia which hacked the DNC emails and stole data on its servers, eventually unleashing a stream of accusations from the Democratic Party about Kremlin’s malicious cyber activities and interference in US 2016 presidential election in a bid to discredit Hillary Clinton as a candidate. CrowdStrike later played a significant role in subsequent FBI investigation into the DNC data stealing, with the firm’s findings eventually cited in report by the Senate Intelligence Committee and conclusions from the Special Counsel Investigation, also known as Muller report.

It also recently emerged, following the publication of early classified documents, that in December 2017, CrowdStrike president Henry testified to the House Intelligence Committee that the company “did not have concrete evidence” that the data was actually stolen from the DNC servers by Russian hackers.

"There's circumstantial evidence, but no evidence that they were actually exfiltrated," the firm’s president said back then, as quoted by RealClearInvestigations. "There are times when we can see data exfiltrated, and we can say conclusively. But in this case it appears it was set up to be exfiltrated, but we just don’t have the evidence that says it actually left."

In 2019, an investigation by Special Counsel Robert Mueller into Russia’s potential interference in US presidential elections concluded that there was no substantial evidence to establish “that members of the Trump campaign conspired or coordinated with the Russian government in its election interference activities".