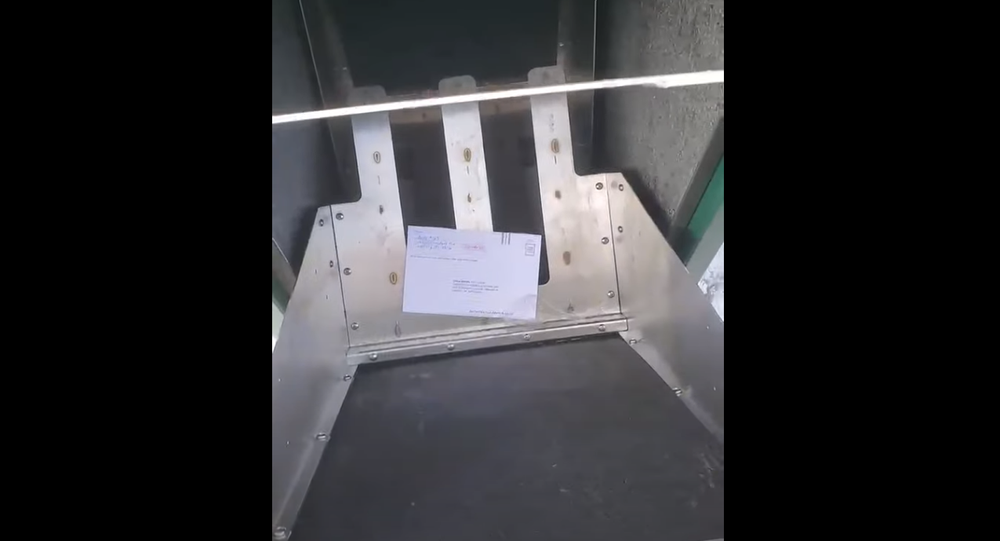 Mail-in balloting, which has been touted by many Democrats as a safer way to vote amid the coronavirus pandemic, has faced intense criticism from some Republicans, who, led by President Donald Trump, suggest that the practice could lead to election fraud.

Michigan Republicans called for a probe into a video that showed an unlocked ballot box with a single election-related mailing in it located in the city of Lansing.

"We are hearing from a number of clerks around the state that they were given dropboxes that are not suited to protect the integrity of the ballot. Clerks are concerned that there is an unsecure opening that jeopardizes the security of the contents of the dropbox.  This needs to be investigated", Laura Cox, the head of the Michigan GOP (MIGOP), said in a statement.

Cox described the video that showed that "the box was, in fact, unlocked". In a separate statement, she urged Secretary of State Jocelyn Benson to carry out an investigation.

"This is evidence that our election system has potentially been compromised.” Cox said. “I am calling on Secretary Benson to launch a full investigation into this incident, to determine if any ballots were stolen or tampered with, and to ensure this never happens again. I stand with President Trump in his fight for the free, fair election Michiganders, and all Americans, deserve.”

According to MIGOP, the footage was filmed on 25 September, revealing what "could have possibly been a ballot" inside. The party acknowledged that, upon further review, it appears that the envelope "may not have been an absentee ballot".

Lansing City Clerk Chris Swope, commenting on the matter, initially said that the video was recorded before any absentee ballots were mailed to voters by his office. He also called the video shared by the Republicans "disingenuous", only to later announce that the election box is now "out of order".

One of the two videos released by the GOP showed a man opening the election box and revealing a single ballot inside.

Another video showed an election serviceman struggling to open the box and secure it.

A long-used and common practice in the US, voting by mail sparked heated debate between some Democrats and Republicans, with Dems championing the method as a safe way to vote amid  coronavirus-related health restrictions, and the latter claiming that mail-in ballotting would potentially lead to election fraud.
...
Reddit
Google+
Blogger
Pinterest
StumbleUpon
Telegram
WhatsApp
91

Cannot be Unseen: Naked Celebs Tell Americans How to Vote by Mail