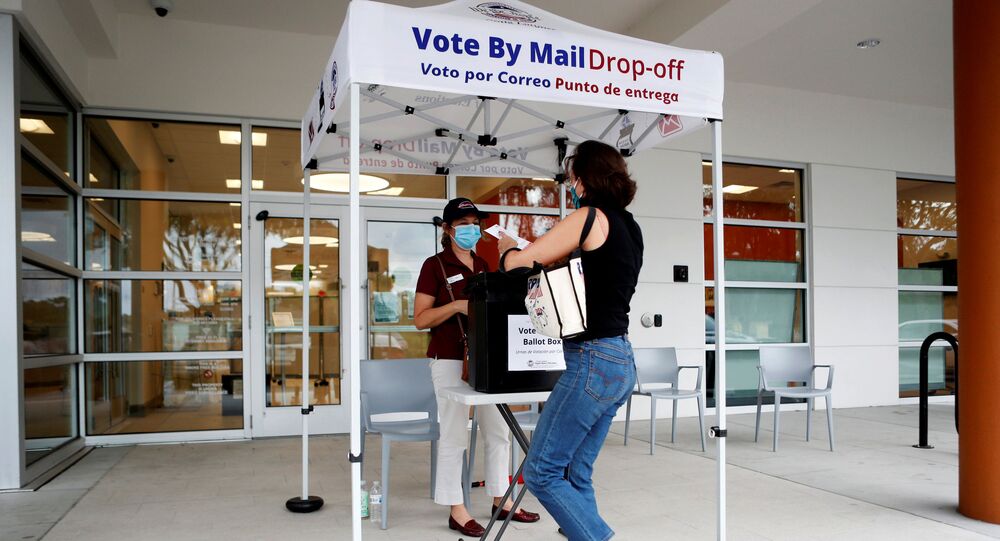 The suspect reportedly explained that he did what he did in order to "test the system to see if it worked."

A 62-year old resident of Florida named Larry Wiggins was arrested this week over requesting a mail-in ballot for his wife who, as it turned out, passed away in 2018, Newsweek reports citing a press release issued by the Manatee County Sheriff's Office.

According to the magazine, Mike Bennett, a supervisor of the county's election office, told cops that when his staff members received the mail-in ballots request from Wiggins and his wife, they noticed that the lady's signature was "different from her original voter registration documents".

"Elections officials notified deputies after comparing what they determined were not matching signatures, and confirmed that the woman had died in 2018," the sheriff's office said in the statement.

Having been arrested "without incident" at his residence on 1 October, Wiggins got charged with "requesting a vote by mail ballot on behalf of another elector", which is a third-degree felony, the magazine notes.

Wiggins himself reportedly admitted to sending his deceased wife's ballot request to "test the system to see if it worked."

Previously, US President Donald Trump asserted on numerous occasions that widespread mail-in voting might lead to fraud, while the Democrats have been supporting voting by mail as a concession to the ongoing COVID-19 pandemic.