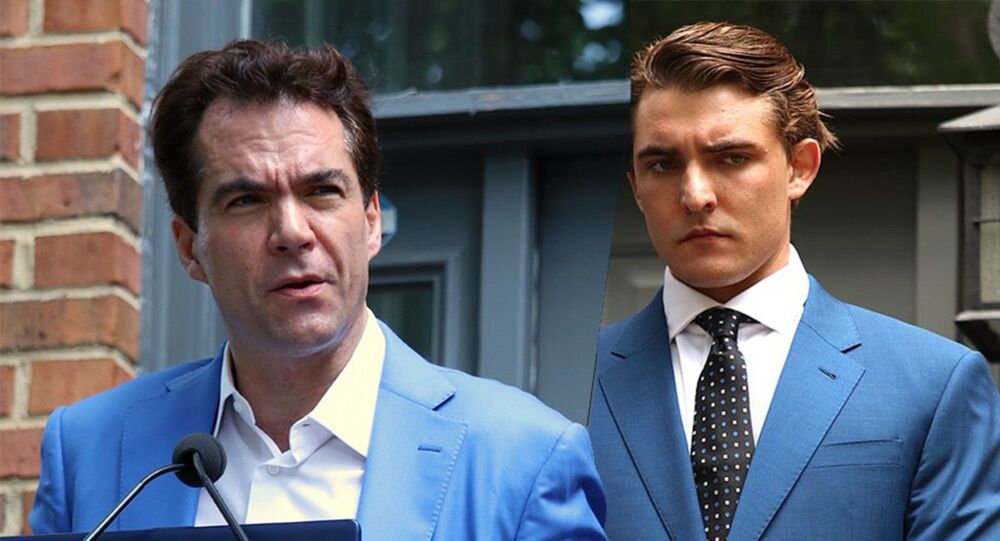 Two conservative tale-spinners are facing four felony counts each in Detroit, Michigan, after they allegedly conspired to intimidate potential voters via robocall and dissuade them from casting their ballots in the US presidential election.

Democratic Michigan Attorney General Dana Nessel announced Thursday that Jack Burkman, a 54-year-old conservative lobbyist, and 22-year-old far-right fraudster Jacob Wohl had each been charged with four felonies “for allegedly orchestrating a series of robocalls aimed at suppressing the vote in the November general election.”

The robocall, issued from 703-795-5364, falsely asserted that those who choose to vote by mail will have their personal information archived in police databases. It also erroneously stated the US Centers for Disease Control and Prevention was pushing to obtain mail-in voter data “to track people for mandatory vaccines.”

The call that has Wohl in trouble, where the woman clearly references Burkman and Wohl https://t.co/xgBWkKHRZu pic.twitter.com/UZCVdn7Tgl

“This effort specifically targeted minority voters in an attempt to deter them from voting in the November election,” Nessel pointed out in her office’s release. Black Detroiters make up 78.6% of the city’s population.

Nessel and Michigan Secretary of State Jocelyn Benson previously issued a public service announcement warning about the message and its use of “racially-charged stereotypes to deter voting by mail.”

If convicted on all counts, Wohl and Burkman face up to 24 years in prison and tens of thousands of dollars in fines. The 22-year-old is also facing two charges in connection to the unlawful sale of securities in California.

Wohl claimed that Burkman believes “leftist pranksters” are behind the robocall, as the 54-year-old received hundreds of calls in recent days.

“Clearly this was meant by somebody to make it look as if we had sent out this call,” he said, vowing to file a $300 million defamation suit against Benson.

At the same time, Wohl told the AP that he does not believe the content of the call is racist.

Burkman originally linked up with Wohl in October 2018, shortly after the Los Angeles, California, resident rose to Twitter infamy - and became a meme - after netizens exposed a litany of questionable tweets ranting about conservations overheard at a “hipster coffee shop.”

The duo famously failed to jumpstart a sexual assault smear campaign against then-special counsel Robert Mueller in November 2018. Their false story was ultimately eclipsed by netizens and reports clowning Burkman’s open fly at a news conference.

Jacob, I hope you're getting these messages. Still waiting for you to to reply.

Also, please tell Mr. Burkman his zipper is down! 😳 pic.twitter.com/pTesMFnTqE

It’s worth noting that this attempted operation was made public just days before the 2018 US midterm elections.

Burkman and Wohl attempted to push similar phony accusations of sexual assault against then-South Bend Mayor and Democratic presidential candidate Pete Buttigieg. The Daily Beast torpedoed the plot after obtaining audio of Wohl apparently attempting to coerce a man into making the allegations against Buttigieg, who was described by Wohl as a “terminal threat” to US President Donald Trump’s reelection prospects.

Months later, the political fraudsters managed to get a man to claim that he was a US Marine Corps combat veteran having an affair with then-Democratic presidential candidate Sen. Elizabeth Warren (D-MA). The sugar baby story failed to gain traction.