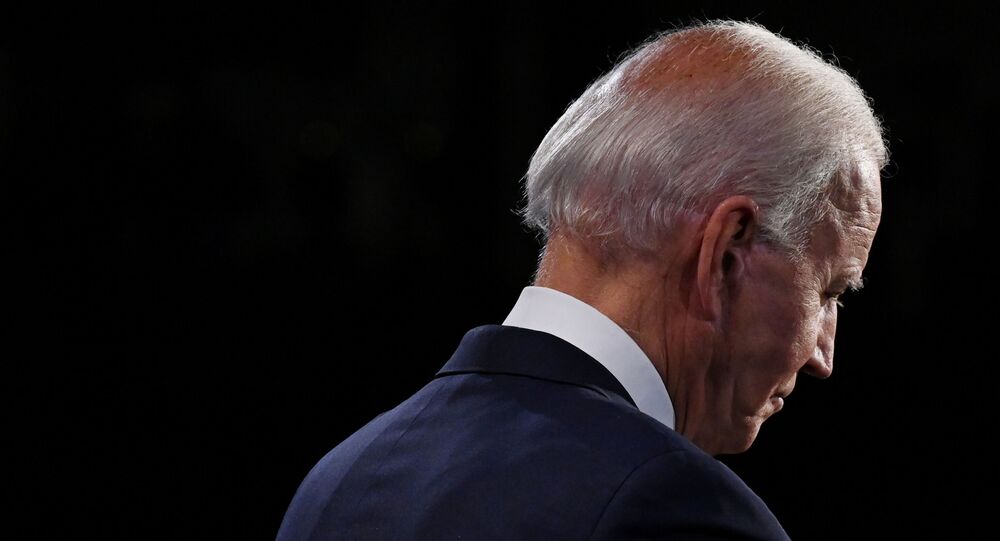 Incumbent President Donald Trump was adamant that he had landed telling blows on Democratic Party candidate Joe Biden in Tuesday night's debate, including accusing him of throwing the 'democratic socialist' wing of his party "to the wolves".

US President Donald Trump has said the "radical left" has abandoned his Democratic rival Joe Biden after he called Senator Bernie Sanders a "loser" in Tuesday night's debate.

Trump kicked off Wednesday with a pair of tweets aimed at Biden's performance in first presidential debate in Cleveland, which descended into name-calling between the two candidates.

"Nobody wants Sleepy Joe as a leader, including the Radical Left (which he lost last night!)," Trump Wrote. "He disrespected Bernie, effectively calling him a loser!"

And he claimed Biden "refused" to mention law and order, which would lose him the suburban vote.

Trump also accused debate chair Chris Wallace of Fox News of taking Biden's side in the 90-minute face-off, but said he wasn't surprised and even that it was "fun".

The president insisted he had made several key points in the debate, "like throwing Bernie, AOC PLUS 3, and the rest, to the wolves!" - presumably referring to New York congresswoman Alexandria Ocasio-Cortez and the three other members of "The Squad": Ilhan Omar of Minnesota, Ayanna Pressley of Massachusetts, and Rashida Tlaib of Michigan.

​And he claimed there was "zero Democrat enthusiasm" for Biden's "WEAK Leadership."

Trump then turned to the war of words over his nomination of Amy Coney Barrett to the Supreme Court, which the Senate is expected to approve before the November 3 election.

He accused Biden of planning to increase the size of the nine-judge court to ensure a majority of Democratic appointees, along with threatening gun ownership rights and jobs in the energy industry.

In a late-night tweet, AOC claimed Biden's hostility to her ideas "wasn't news".