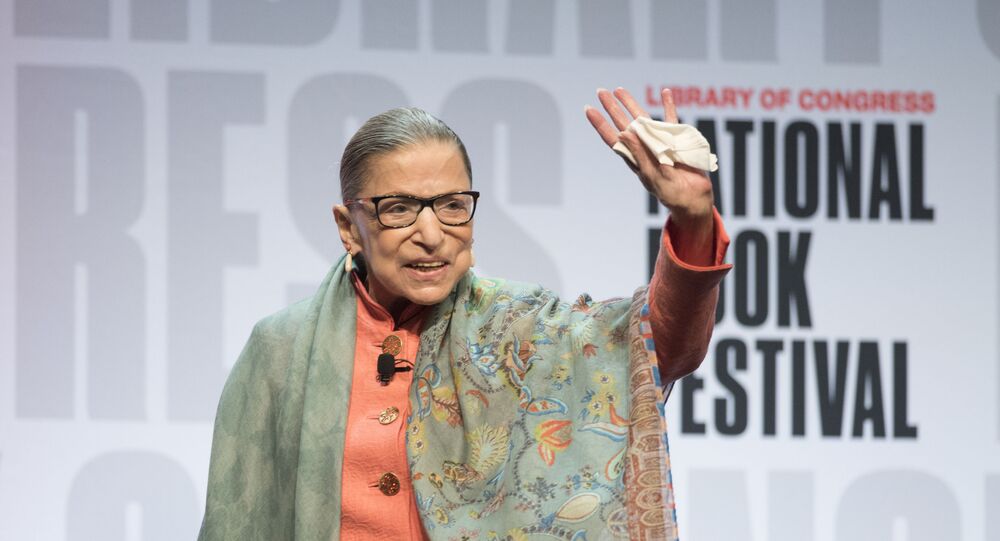 US President Donald Trump insisted that he and the Republican-controlled Senate had every right to appoint a new Supreme Court judge before the November 3 election, to replace late justice Ruth Bader Ginsburg, and opponents should "get over it."

US President Donald Trump has questioned the veracity of late Supreme Court Justice Ruth Bader Ginsburg's reported dying wish not to be replaced under his leadership.

Following her death at the age of 87 on Friday September 18, the noted liberal judge's family told NPR that she had dictated a statement to her granddaughter, Clara Spera, days earlier, saying, "My most fervent wish is that I will not be replaced until a new president is installed."

On Monday morning, Trump told Fox News that he believed that the so-called "wish" was invented by Democratic Speaker of the House Nancy Pelosi, Representative Adam Schiff and Senate Minority Leader Chuck Schumer.

“Well, I don’t know that she said that, or was that written out by Adam Schiff and Schumer and Pelosi?” he asked, adding, “I would be more inclined to the second.

“That sounds like a Schumer deal, or maybe a Pelosi or Schifty Schiff that came out of the wind. Let’s see, I mean, maybe she did, maybe she didn’t."

© REUTERS / ALEXANDER DRAGO
White House List of Potential Ginsburg Replacements Includes Ted Cruz, Tom Cotton, and Josh Hawley
Trump pointed out that he and the Republican Senate majority had every right to appoint a new Supreme Court judge before the November 3 election, a move that would lead to a 6-3 conservative majority on the nation's highest court, and told those opposed to "get over it."

“Look, the bottom line is, we won the election," Trump said, suggesting that the next one could be contested and decided by the Supreme Court. "We have an obligation to do what is right and act as quickly as possible, we should act quickly because we’re going to have probably election things involved here."

"I think Merrick Garland is an outstanding judge," Trump said in answer to charges of hypocrisy over the episode. "He is liberal, that’s okay, but the only problem was President Obama did not have the Senate. That was an election of a different kind, we have the Senate.”

© REUTERS / Jonathan Ernst
Trump Campaign Launches 'Fill That Seat' Merch Amid Showdown Over New Supreme Court Justice
The Republican minority on the House Judiciary Committee pointed out Schumer's own hypocrisy in opposing an election-year appointment after he backed the same move in 2016.

The president said a new Supreme Court appointment "would be good for the Republican Party, and I think it would be good for everybody to get it over with because it’s always controversial."

US Supreme Court judges must be nominated by a sitting president and approved by the Senate, and serve for life. Appointments have been politicised since the 1980s, with presidents choosing judges whose politics agree with their own. Ginsburg was appointed in 1993 under Democratic US President Bill Clinton.

The US Supreme Court has the power to make law that overrides all 50 state legislatures of the Union, including a 2015 ruling that legalised same-sex marriage and a hotly-debated 1973 Roe versus Wade decision that overturned state laws banning abortion.