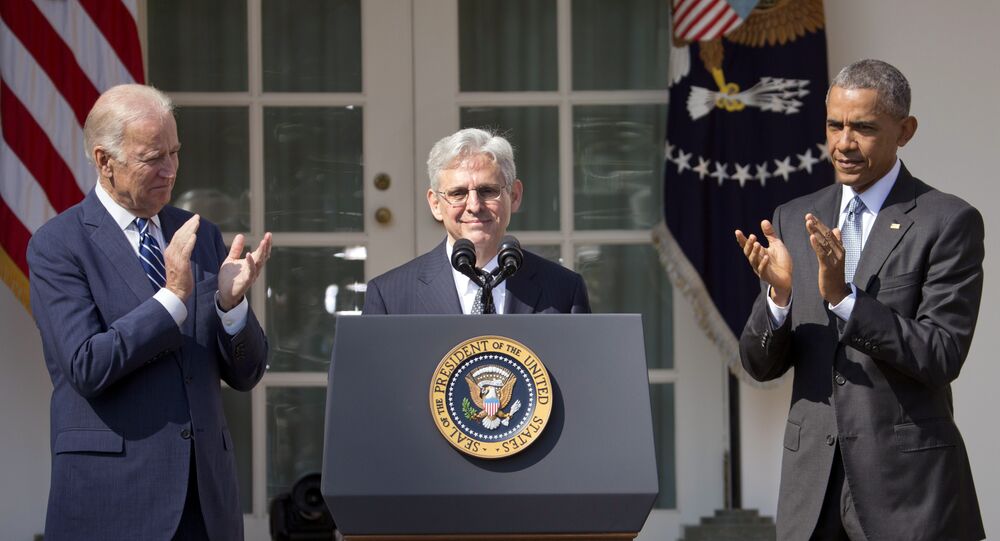 The US president has chosen Merrick Garland as the administration's nominee for the Supreme Court.

WASHINGTON (Sputnik) — The chief judge of the US Court of Appeals for the District of Columbia Circuit, Merrick Garland, has been selected as the administration's nominee for the Supreme Court, US President Barack Obama announced on Wednesday.

The President kept his word. Chief Judge Garland's credentials are unquestionable. Independent mind and mastery of the law. #SCOTUSnominee

​"I've made my decision," Obama stated. "Today, I am nominating Chief Judge Merrick Brian Garland to join the Supreme Court."

"I said I would take this process seriously.

US Federal Appeals Court Judge Merrick Garland has been favored by member of both Republican and Democratic parties, US President Barack Obama said on Wednesday.

"Over my seven years as president, in all my conversations with senators from both parties, in which I asked their views on qualified Supreme Court nominees…the one name that has come up repeatedly from Republicans and Democrats alike, is Merrick Garland," Obama stated.

Garland has been chosen by the administration as the nominee for the US Supreme Court to replace late Justice Antonin Scalia.